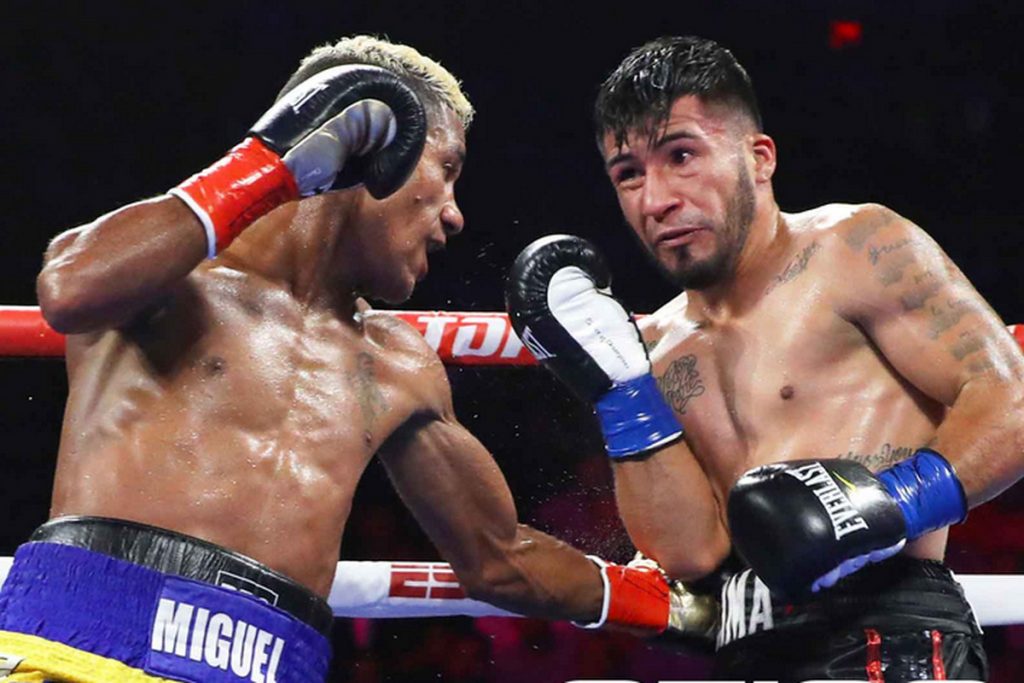 Marriaga took care of business tonight as he tries to get back in the title hunt.

Miguel Marriaga looks to be back on track, making easy work of Jose Estrella tonight on ESPN+ by stopping him in only four rounds. Marriaga (27-3, 23 KOs) started slowly in the opening round, but established that he was the more powerful fighter in the ring and therefore just took his time while he placed power shots on Estrella (20-15-1, 14 KOs).

In the third round Marriaga landed a clean left hook that put Estrella on the canvas. Estrella would make it to his feet by the count of 8, but it was obvious at this point that he was concerned about Marriaga’s power. In the very next round Marriaga would land as clean of a liver shot as you’ll ever see, and Estrella went down to the canvas immediately — in agonizing pain. Estrella wouldn’t make it to his feet this time, rolling around the floor until the fight was waved off.

The official stoppage time of the fight was 2:43 of Round 4. And with the win Marriaga, 32, will be looking to make one final run at a world title, if he can put it together.