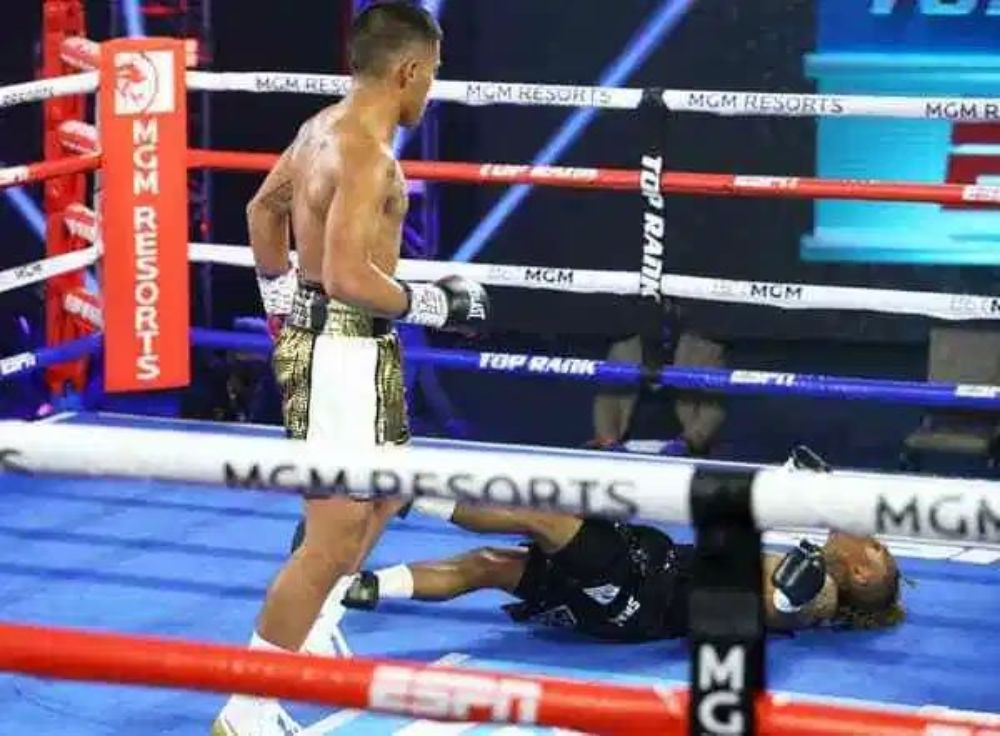 From the getgo, the more aggressive 23-year-old Pinoy warrior born in the Tuna Capital of the Philippines, made perfect use of his superior firepower dropping the Chicago native with a big and wide right hook sending Greer (22-2-1, 12 KO’s) backwards down to the blue MGM Grand canvas.

Later on in the battle, another tough attack propelled Greer to the floor, putting the Mindanao boy ahead on points.

Still, one of the judges saw the match a draw.

It was second loss in Greer’s boxing career, a setback that will likely remove him as # 1 contender in the WBO.

In contrast, it was “Magic” Plania’s 6th win tin the USA, and today’s headlining victory put him in excellent position to be a challenger for a 122-pound world title.

Six victories in the U.S.A., and the skilled Plania wants more.

Meanwhile, Greer – who looked effective in the final rounds – will have to get back to the drawing board, though it is sure that he is coming down in the world rankings.

The pressing forward Plania – who is currently IBF # 12 as well as WBA # 10 super bantamweight. – might likely be included in the WBO as well as the WBC rankings as well.

Indeed, next month, the promising Mindanao boxer might appear ranked in all four major sanctioning bodies, a step closer to a rumble for the world title in the super bantamweight division.

The author Carlos Costa of Panama is a veteran fight reporter living in Cebu. Carlos can be reached at carlos512@hotmail.com, whatsapp 09184538152 and Twitter: @CarlosCostaBox.