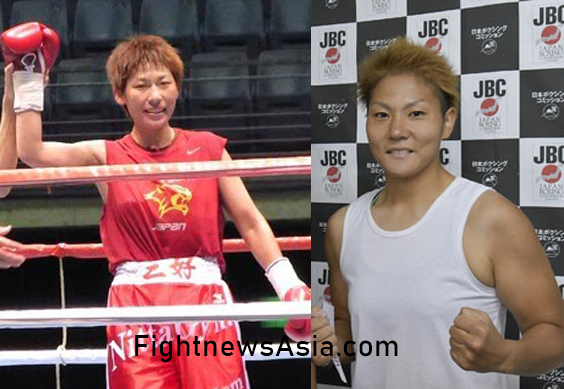 Miyoshi to defend the title against Wakasa on Nov. 13

It will be the second title defense of Miyoshi, who took the title from Miki Mitsuda of Hyogo from a split decision in Sept. 23, 2019.

She then TKO’d Aira Midorikawa of Chiba in the 6th round in Kawasaki last Dec. 7.

She also lost to undefeated Hyun Mi Choi of South Korea by a unanimous decision for the WBA world super featherweight title in 2017 in South Korea.

Wakasa, however, lost to Miyo Yoshida of Tokyo by a unanimous decision last March 13, 2019 in Korakuen.

She the lost also to Wakako Fujiwara of Kobe by a technical decision in the 7th round last Sept. 23, 2019 at EDION Arena.

The 32-year old Wakasa has six wins with two knockouts against two defeats.

It is promoted by Shosei Nitta of Kawasaki Nitta Promotions.