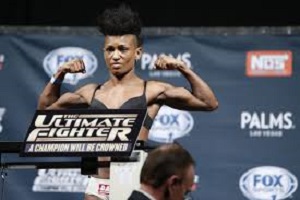 The biggest news of UFC 224 last weekend was blue chip prospect Mackenzie Dern weighing in at 123 pounds for her strawweight fight against Amanda Cooper. Since she was seven pounds over the limit, Dern was forced to give 30 percent of her fight purse to Cooper. But it seems that was the only punishment for Dern, who submitted Cooper quickly and, as of this week, is ranked in the strawweight division. When the newest rankings were announced, Dern came in at No. 15 and that did not sit well with a couple of the UFC’s more well-known 115 pounders.

Taking to social media, former Invicta strawweight champion and MMA cosplayer extraordinaire, Angela Hill, let it be known her displeasure with being dropped from the rankings in favor of Dern despite the jiu-jitsu ace’s win being essentially a flyweight bout. 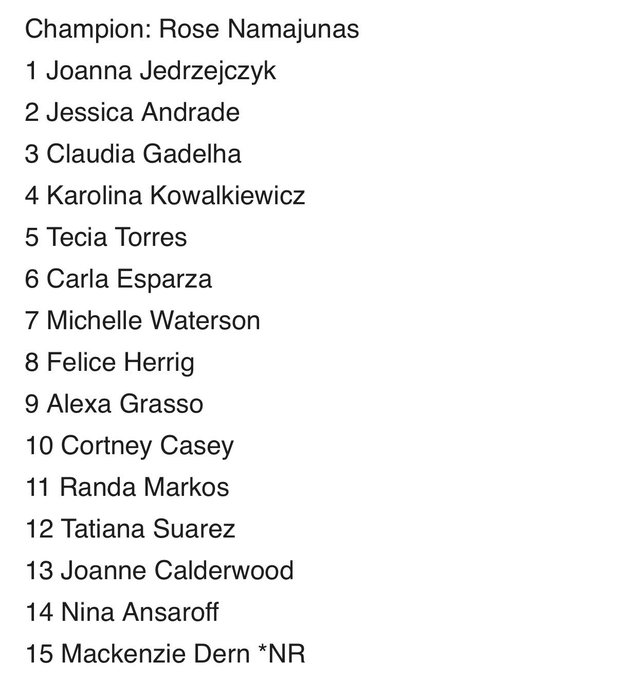 Well this is a big fat slap in the face. I’ve fought top competition, beat #14 and the rankings finally grace me with #15 ranking, just to get bumped by a fucking Flyweight.

“Well this is a big fat slap in the face. I’ve fought top competition, beat #14 and the rankings finally grace me with #15 ranking, just to get bumped by a f**king flyweight,” posted Hill.

Since returning to the UFC after her title winning stint in Invicta FC, Hill has put together a 2-2 record. Conversely, Dern is 2-0 in the organization but only one of those fights was truly contested at 115 pounds, her split decision win over Ashley Yoder, a woman Hill beat by unanimous decision.

Hill wasn’t the only fighter who took umbrage with the new rankings though. Eighth-ranked Felice Herrig also posted on social media yesterday, lambasting the UFC for its flawed system and taking several shots at Dern in the process.

“I’m going to weigh in on the UFC strawweight rankings with at least 7.5lbs of factual perspective:

“1) For the most part 1-5 are pretty accurate across all weight divisions, but after that the rankings are a crap shoot.

“2) These days hype trains seem to be gifted rankings over actually having to fight to the top.

“3) McKenzie Dern misses weight by 7.5 pounds, which makes her closer to a flyweight than strawweight. She beats an unranked fighter and takes Angela Hill’s well earned #15 spot when her only actual win in the UFC as a strawweight was to Ashley Yoder. McKenzie won by a very close split decision, while Angela won unanimously. So why does Angela get bumped??

“4) Justine Kish isn’t even in the top 15, although she beat #14 NinaAnsaroff unanimously and #11 Randa Markos. Justine did move up to Flyweight but so did Joanne Calderwood. So why is Calderwood even in the rankings anymore?

“6) I beat Alex Grasso unanimous decision , I beat Cortney Casey split. Waterson beats Casey split decision. Casey finishes Markos, while Grasso takes her to split. So the rankings should actually be: #7 Waterson #8 Herrig #9 Casey #10 Grasso #11 Markos Even if Dern made weight there is no factual reasoning as to why or how she could take Angela’s spot other than a massive glitch in the matrix.

“LBD out!” [edited for clarity]

The UFC rankings are often the butt of jokes from MMA fans for being obviously flawed but the appearance of Dern after her fiasco at UFC 224 is one of the more egregious examples in recent memory. For all her grappling accolades and MMA promise, Dern has only competed three times in the 115-pound weight class and the combined record of her two UFC opponents is 2-6, hardly the resume that would normally slot someone into the rankings. That being said, considering her potential, Dern would almost certainly have made it into the rankings sooner rather than later and now she has two ready made opponents that the UFC could book her against. All she has to do now is make the weight.