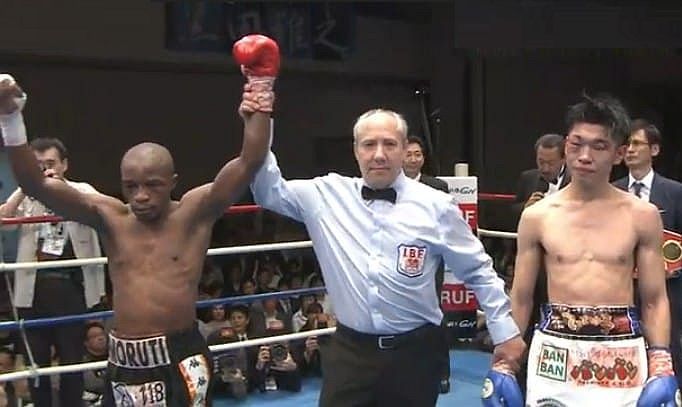 The experienced Moruti Mthalane made good use his ring savvy to deal with the strong Kuroda, a warrior made of steel.

With the win, Mthalane successfully gets a foothold on his new reign as IBF 112-pound king, vowing to be ready for any other tough challenger or fellow champion anytime, anywhere.

On the losing corner, Masayuki Kuroda, again falls short of conquering a world title. Six years ago the fully-committed boxer Kuroda tried hard to win a belt in his battle against then champion Juan Carlos Reveco, losing by points. Same this time.

The Mthalane vs Kuroda rumble for the IBF Flyweight world title today Monday, May 13, was a production of promoter Shosei Nitta of Kawasaki Nitta Promotions.

The author Carlos Costa is a Panama boxing reporter living in the Philippines. Carlos can be reached at carlos512@hotmail.com and //: +639184538152.