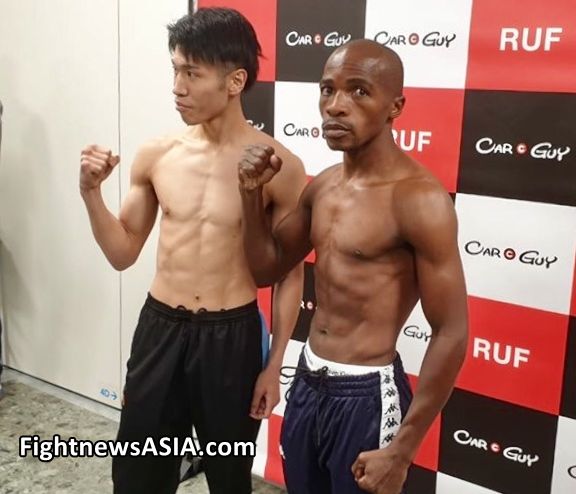 Meanwhile, the challenger Kuroda, Japan’s successful flyweight national champion, do not want to let pass his second shot at a world title.

ago, a younger Kuroda challenged then WBA Flyweight Juan Carlos Reveco (now Reveco is retired), losing the twelve by points.

Will this time the fully-committed Masayuki Kuroda, 32, make his dream come true?

brave-heart, experienced Moruti Mthalane make good use of his ring savvy to deal with Kuroda, the same way he dealt with Sakamoto ago?

The outcome of the Mthalane vs Kuroda IBF fight might be of interest to Filipino boxing fans as three Pinoy fighters are ranked by the IBF in this flyweight division:

The fight supervisor for the IBF is Tsuyoshi Yasukochi.

The Mthalane vs Kuroda rumble for the IBF Flyweight world title is a production of promoter Shosei Nitta of Kawasaki Nitta Promotions.

May the Best Man Win