The Muay Thai Ultimate test entitled “Rise of Champions ” ended with the crowd roaring in awe as it was held last Sunday at the 6th floor of the Victory Mall in Caloocan City, Philippines.

It’s 14th installment, the tournament circuit had surely established a pillar of excellence as far as Amateur fighting championships is concerned and another successful, action-packed event for WMF Phil kamao.

Notable MMA personalities like Ralf “Noy” Sarol, South East Fight Championships Champion- Dominic Iriola, SAFC promoter Emmanuel Sabrine and URCC bantamweight champion and is now debuting in the world famous UFC – CJ de Tomas were in attendance as they reminisce their MUT fighting days when they were starting out as muay Thai fighters before stepping up the MMA cage.

During his interview, CJ De Tomas told the audience how he was a fighter in the MUT ring early in his fighting career and mentioned that he participated in the event 3 times. The young champion also left an inspiring message for starting fighters in the MUT to start setting their goals and focusing hard to achieve them.

The tournament also aims to introduce it’s direct relation with the muay Thai governing council in Thailand – the World muay boran federation (WMBF) and Kru Muay Association (KMA) authorized and recognized by the Thai department of tourism and sports.

An elaborate description of it’s grading system and a short demonstration of the basic muay boran strikes with their respective Thai term was performed Wmbf-philkamao bulacan chapter Team Kalasag’s Kru Archie Brioso and khan level 3 Arcy M. Brioso. This opened up a good invitation to all the gyms in attendance to join the khan grading and seminar held by WMF Phil kamao yearly.

Over all the 14 series of the grand amateur tournament ended with exciting, toe to toe bouts, presence of MMA personalities, breath taking muay boran demonstrations leaving all the audience, fans and muay Thai enthusiasts alike on the edge of their seats althrough out the event.

For pictures and videos of the fights and demos please refer to the MUT’s official fan page
https://www.facebook.com/MuaythaiUltimateTest/ 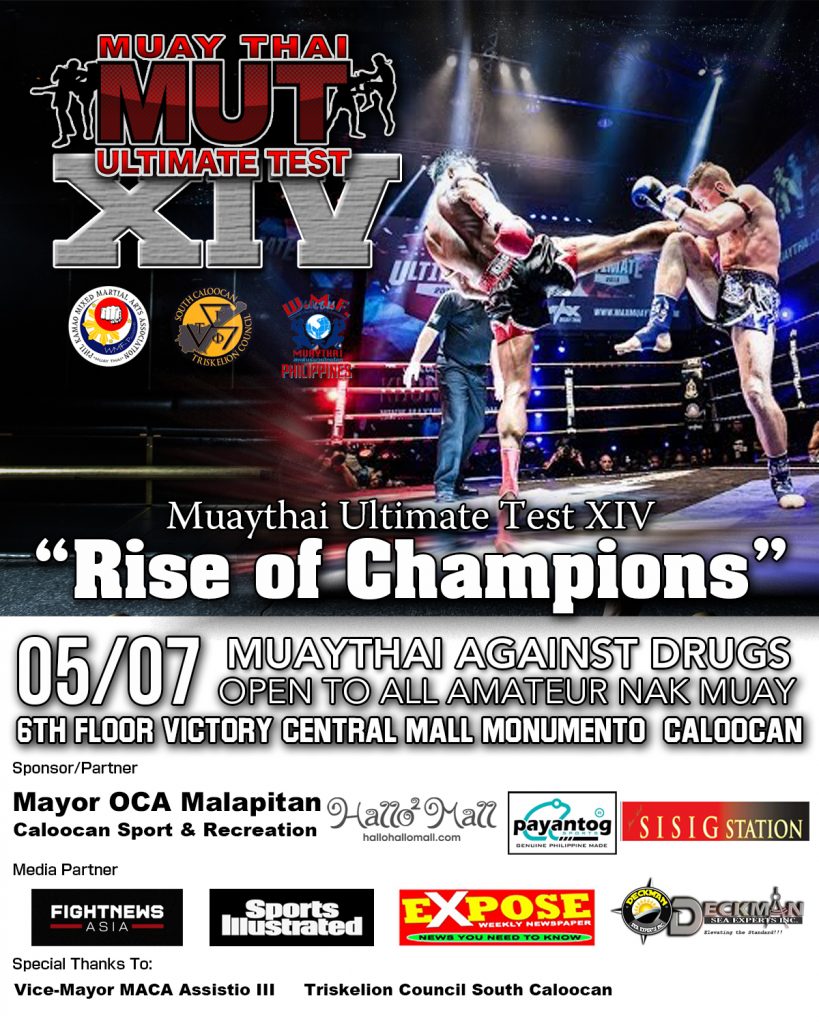