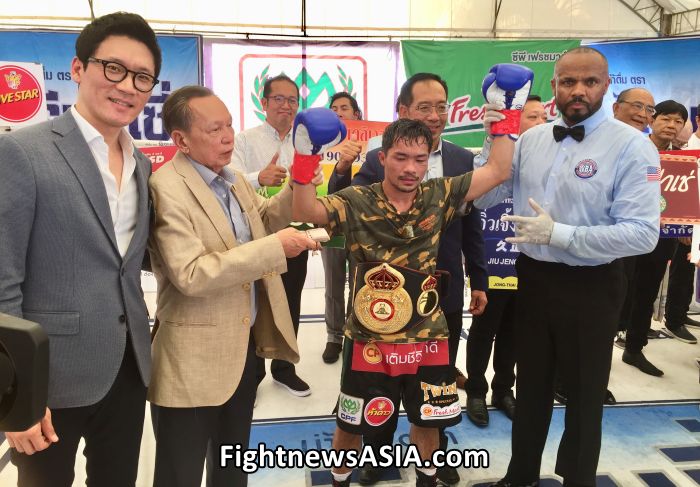 From the getgo, the faster, more-effective, laser-focused Niyomtrong displayed to fans the boxing talent that has made him a “super champion” for the WBA by totally dominating the commendable effort of the Nippon warrior Tanaka (田中教仁), a former Japanese Minimumweight titlist.

Niyomtrong, also a former Muay Thai champion, tried to end matters right there in the third.

But tough-as-nails Norihito Tanaka stood his ground, refusing to go down again, battling his heart out as a true and proud samurai warrior till the end of the scheduled twelve-frame conflict.

At the end, scores submitted by WBA supervisor Won Kim of South Korea were wide 119-108 and 120-107 (twice) in favor the 29-year-old Thammanoon Niyomtrong, one of the top fighters in the 105 pound division, handled by Thailand’s legendary fight promoter Virat Vachirarattanawong, head of Petchyindee Boxing.

The battle was streamed and aired live on Thailand’s Channel 7.


.
The author Carlos Costa of Panama is a veteran boxing reporter living in Asia.   Carlos can be reached at carlos512@hotmail.com and whatsapp +639184538152.