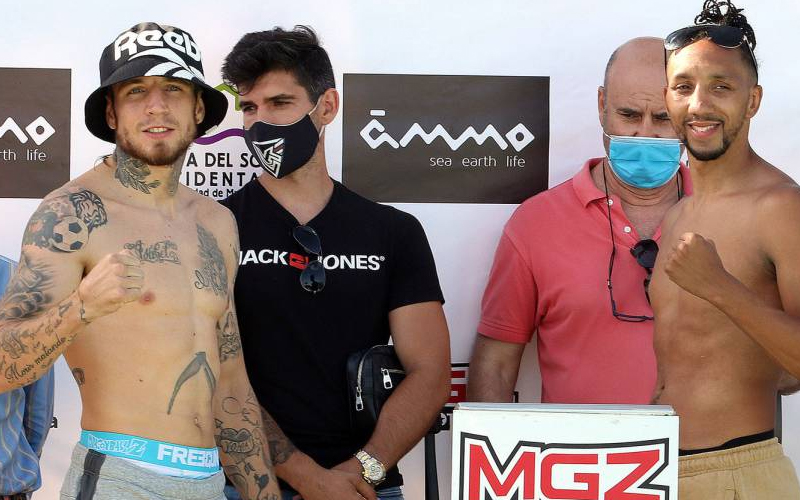 Nurse slimming challenge for one pound!

On Friday afternoon in Marbella, Spain, the weigh-in for a breezy card tomorrow, in the Andalusian town.

The main event between Kerman Lejarraga, former WBC Latino champion, and Tyrone Nurse from the UK, will be held at super welterweight (154 pounds) as stipulated. The organizers weren’t in stitches, as Nurse went through 1 pound over…but not out, because after doing some exercises he returned, warding off any criticism,  to make the mark.

The rest of the rounds will feature attractive matches including the European Union Super Feather Championship between John Carter and Ibon Larrinaga, former WBC Mediterranean champion, and the participation of prospects Samuel Molina, who will face Rubén García, at the Marbella Arena.

Ricky Pow attended the event as a representative for the World Boxing Council.