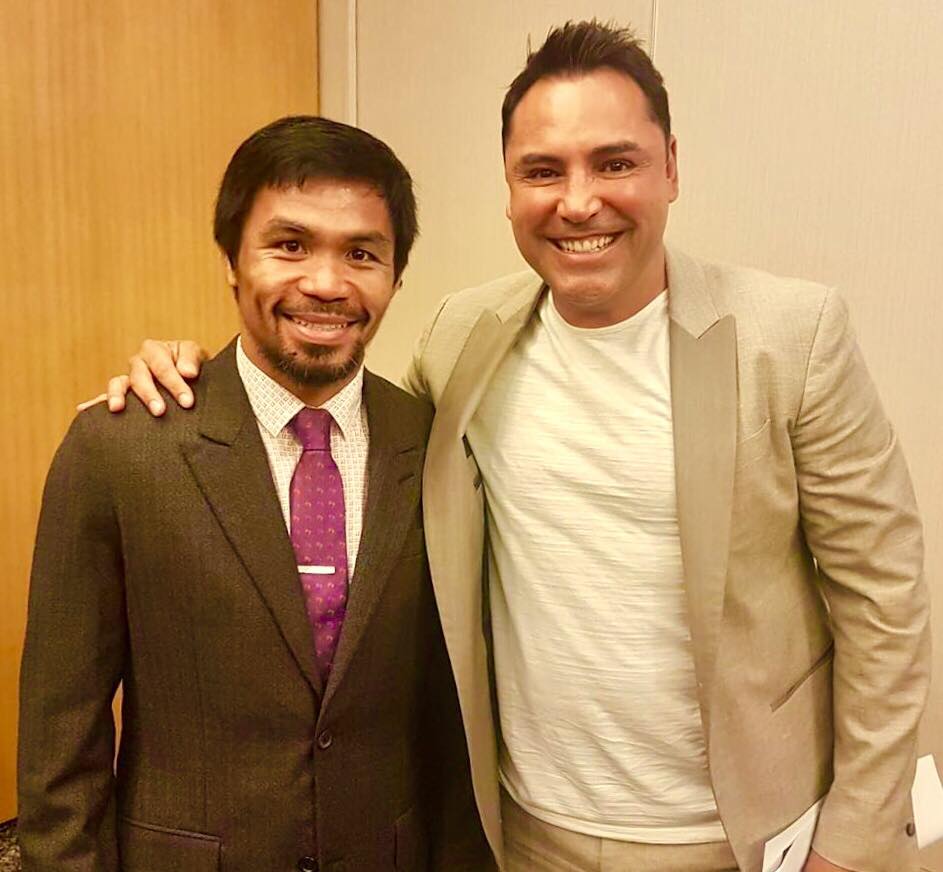 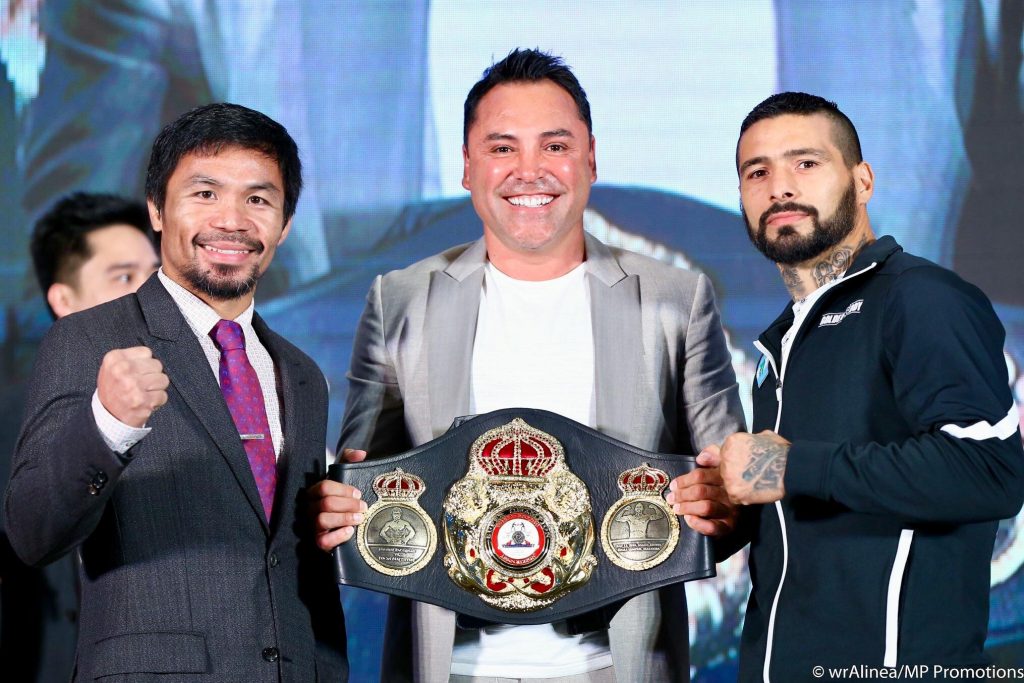 KUALA LUMPUR, Malaysia — Years ago, they were opponents on top of the square ring. Today, Manny Pacquiao and Hall-of-Famer Oscar de la Hoya are buenos amigos joining efforts in the promotion of an exciting world title clash, one of the most awaited fights of the year: Manny Pacquiao vs Lucas Matthysse “Fight of Champions” for the WBA Welterweight World Title this coming Sunday July 15 (Satuday July 14 in the Western Hemisphere) at the 16,000-seat capacity Axiata Arena here in Kuala Lumpur, Malaysia.

“I want to tell Manny Pacquiao how proud I am of him not only because he has become one of the most important legends in the sport of boxing, but because he is a legend outside the ring,” said the 45 year-old De la Hoya, a living legend himself.

“Manny Pacquiao in the recent history of the sport (of boxing), has become one of the iconic figures that the sport has ever had. Why? Because he is building bridges between countries, he is attracting the youth to become fighters, to become warriors. He is giving them hope and opportunity.

“I really feel that it was (Manny Pacquiao’s) destiny. It was his destiny to become who you have become today. So, I salute you. I admire you, and it really gives me great pleasure to be here (in Malaysia) with you today because Golden Boy Promotions has always been a company of putting the best against the best, and this is what we have here today: the best against the best.

“Lucas Matthysse has faced everybody at 140 pounds and 147 pounds. He is a dangerous fighter who has looked for this opportunity his whole life; and he has his Argentina team behind him. He has the whole Latin America behind him, just like Manny Pacquiao has all of his friends around the world behind him.

“Manny, we wish you too the very best, and as Manny Pacquiao always say ‘he just wants to make the people happy.’

“Finally, I also want to thank all the partners throughout the world. Manny Pacquiao has done a wonderful job in the promotion. I wish you the very best in everything you do.

This world title fight will be broadcast all over the world to over 175 countries.

So we have to be proud that Malaysia will be on the global stage.

“Come Sunday morning (Saturday night in the U.S.), Malaysia will be in the worldwide stage. So you should be proud,” concluded The Golden Boy, one of the most popular and charismatic fighters ever in the sport of boxing. 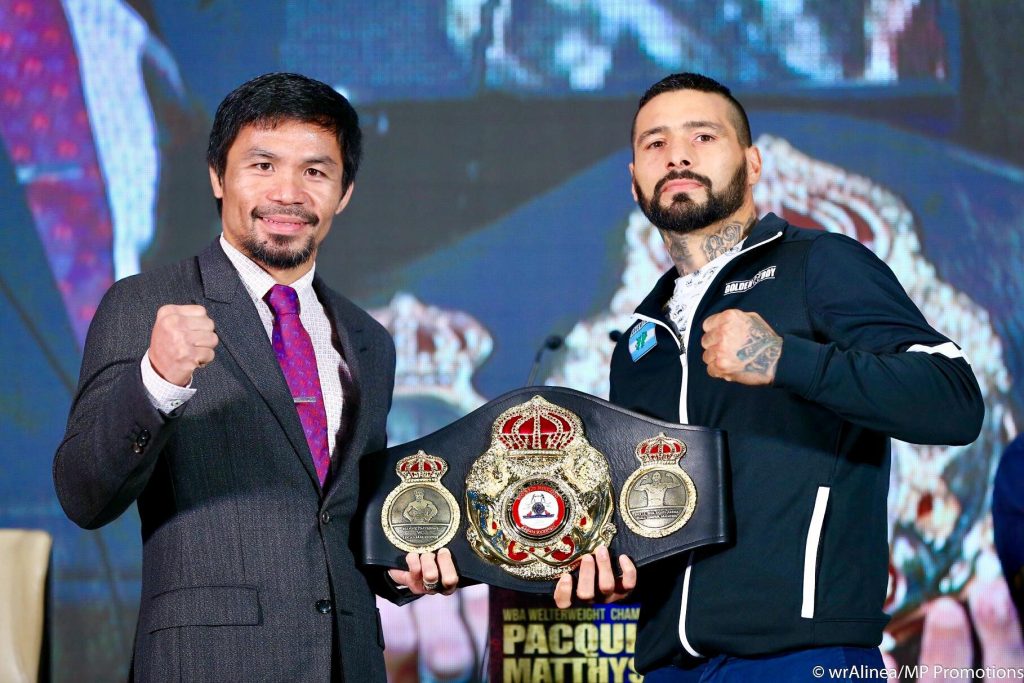 The first fight begins at 7 AM (Malaysia Time)

The author Carlos Costa of Panama is fight reporter based in Cebu, Philippines. He is in Kuala Lumpur, Malaysia, to Pacquiao vs Matthysse world title fight. Carlos can be reached by email: Carlos512@hotmail.com and Viber/Whatsapp: +639184538152. 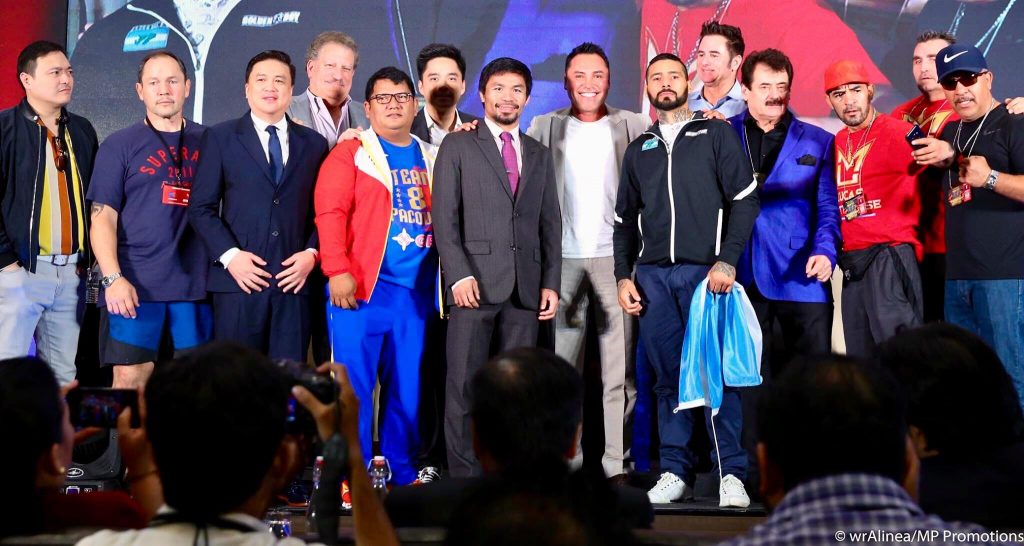