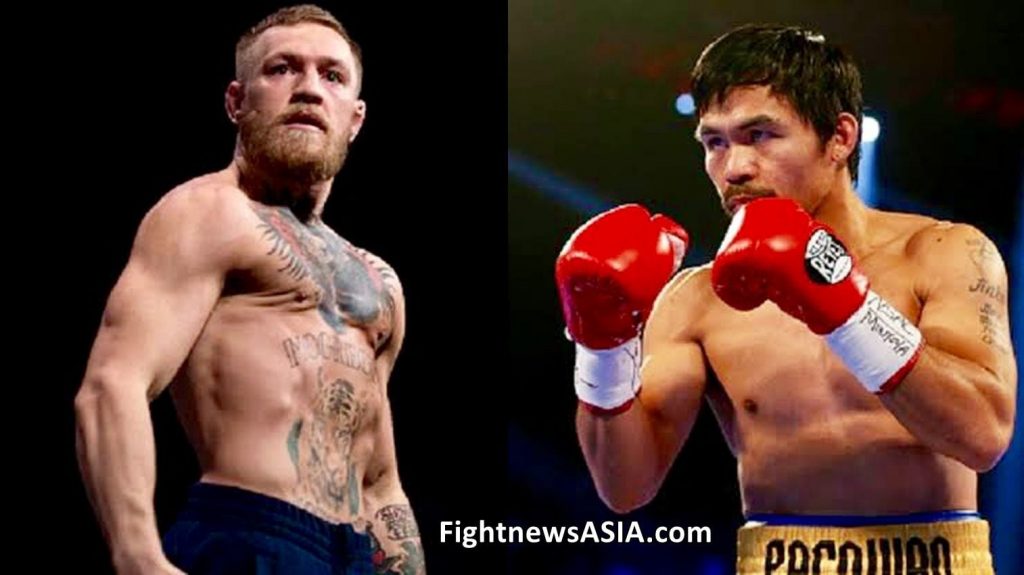 The hottest boxing news these days in social media and in all boxing platforms is still Pacquiao vs McGregor being cooked.

The trend began immediately after UFC superstar Conor McGregor assured to his really many followers that he will battle in a boxing match Filipino super champion Sen. Manny Pacquiao, in what would surely be an intriguing total blockbuster event.

“The Notorious” added that “It will be a true honor to have faced two of the best fighters of the modern era,” referring to Manny Pacquiao and Floyd Mayweather, the latter knocking him out 3 years ago in Las Vegas.

It is 100% clear by now that there are absolutely serious ongoing talks between the Pacquiao and the McGregor teams to set up a super fight between the two hugely popular stars, perhaps for this December or in early 2021.

Meanwhile, in a public statement sent to media outlets, Pacquiao’s Team revealed that details for the fight are being worked out.

What is sure is that a large part of Pacman’s purse – surely in the millions of dollars – would be destined to assist Filipinos affected by the ongoing COVID-19 pandemic, as the Senator’s office promised.

“Our lawyers are finalizing all the confidential details, but both fighters are getting ready for this one epic last boxing fight.”

There you have it, the fight is being negotiated.

Being negotiated means that it is not yet absolutely 100% official and confirmed yet.

However, fight fans would surely welcome the battle, hoping that it would be an exciting real fight, way better than Mayweather-McGregor. Hopefully. Time will tell, and we’ll keep you posted here in Philboxing.

The 32-year-old “Notorious” ended up saying:

“Anyway, all water under the bridge who gives a fook. I’m boxing Manny Pacquiao next in the Middle East.”