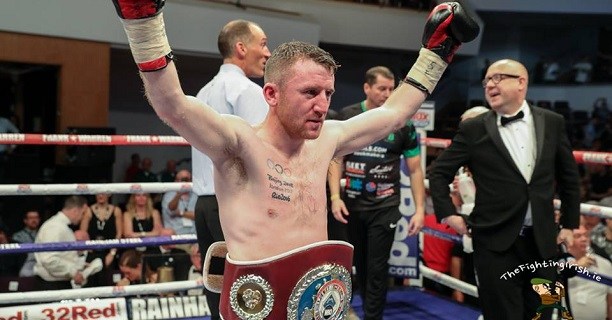 By Joe O’Neill
Paddy Barnes [4(0)-0] will fight for the second title of his pro career this Saturday night in Belfast.

The Cliftonville flyweight will go for title number two in fight number five on the ‘Frampton Reborn’ card at the SSE Odyssey Arena, live on BT Sport.

Barnes was due to defend his WBO European title won versus Silvio Olteanu on the card but, with prospective opponents Moncho Miras and Aramis Torres both falling through, an alternate route has been sought.

The double Olympic bronze medalist will now fight or the WBO Intercontinental title and a spot in the organisation’s top ten.

The 26 year old has fought for a number of rankings belts throughout his career and also holds two points wins over Yader Cardoza – who was edged out on a split decision by Jamie Conlan, who fights for the IBF super fly title this weekend, back in March.

Just over a year into his pro career, a win on Saturday would be another positive step towards a world title tilt for Barnes.

The WBO’s current champ is Japan’s Sho Kimura, who stopped the Irishman’s Olympic nemesis Zou Shiming in July in what was a shock result.