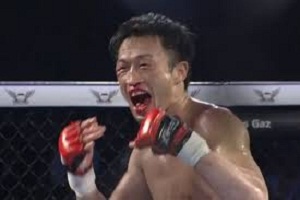 Senzo Ikeda is joining the ONE Flyweight World Grand Prix.

A champion in Japan’s Pancrase promotion, Ikeda will now be part of ONE’s upcoming eight-man tournament to crown a top contender at 125 pounds as he steps in for an injured Andrew Leone to fight Danny Kingad (11-1) in a quarterfinal bout at ONE Championship: A New Era on March 31 at Ryogoku Kokugikan in Tokyo, per an official release.

Ikeda (12-6-1) has won four straight, most recently defeating Yuya Wakamatsu in a five-round thriller last February. The 36-year-old currently fights out of Tokyo and he is making his ONE debut.

Kingad, a one-time ONE flyweight title challenger, has also won four straight. In his last outing, he defeated Tatsumitsu Wada by unanimous decision to improve to 7-1 inside the ONE cage.

Former UFC champions Demetrious Johnson and Eddie Alvarez will also be making their ONE debuts on the March 31 card.

See the updated lineup below: