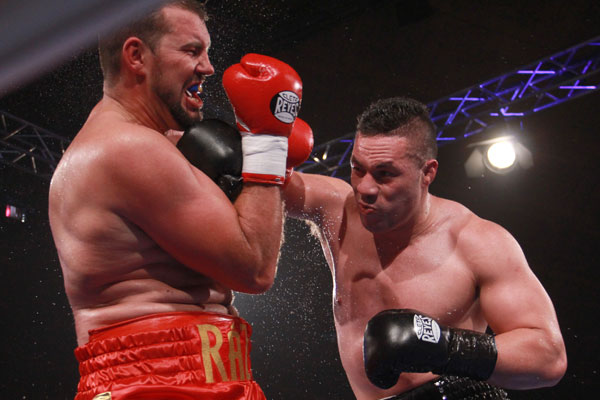 WBO heavyweight champion Joseph Parker (23-0, 18 KOs) successfully made the first defense of his belt with a one-sided twelve round unanimous decision over WBO #14 Razvan Cojanu (16-3, 9 KOs) at the Sparks Arena in Auckland, New Zealand. Parker was in command the whole way, but unable to hurt the 6’8 challenger, a former sparring partner of his, who took the fight on two week’s notice after Parker’s original foe Hughie Fury pulled out. Scores were 119-108, 117-110, 117-110.