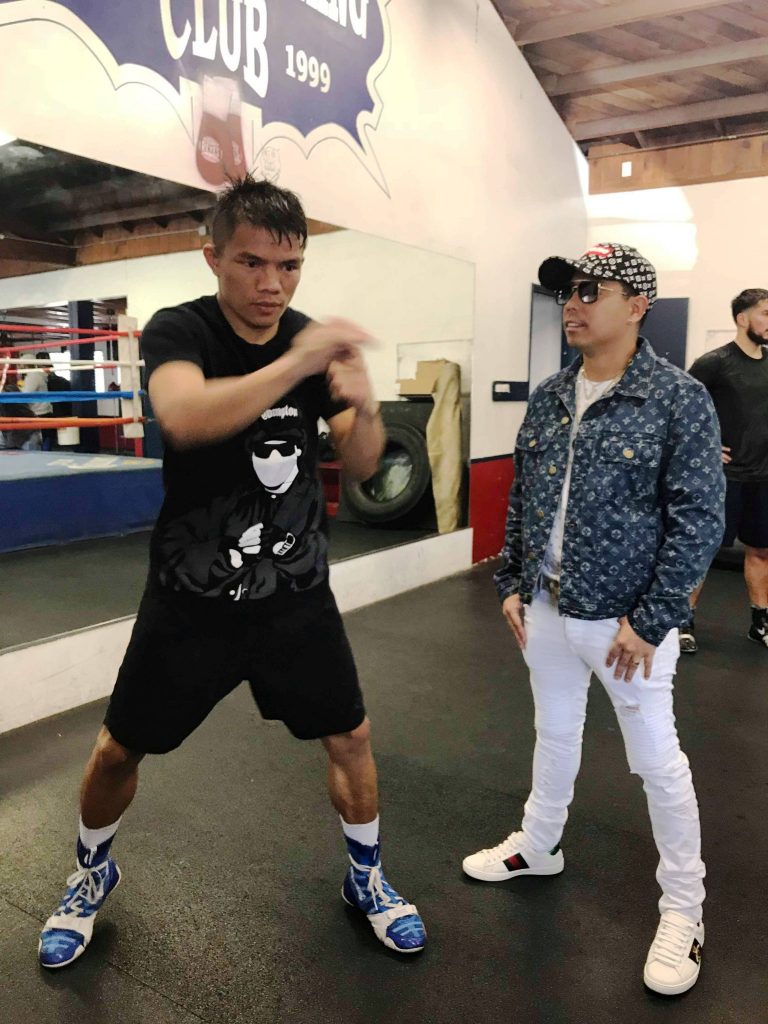 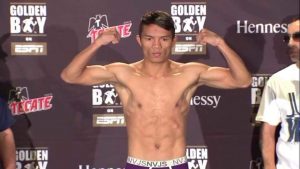 PINOY fighter Rey “Technician” Perez is now more fit and comfortable of his weight for his next upcoming fight on February 22 at the Fantasy Springs Casino in Indio, California, USA.
“Because the 135 lbs. is really my fighting weight and I’m fit on this to fight,” said Perez in a Facebook message.
Perez is facing the Mexican-American knockout artist Christian “Chimpa” Gonzales (18W-1L-0D, 15 KOs) for eight rounds.
“I’m now only one pound over (136 lbs.) with still three days left before the fight,” said Perez, who previously lost his first outing under the RED International Boxing of new manager Rey “Cacoi” Rodis II.
Perez is now training under Mexican coach Lee Espinosa with Filipino assistant Jules Tagalog at the Maywood and Casillas Gym in Los Angeles.
The 27-year old Perez, however, previously dropped a unanimous decision to undefeated Lamont Roach last November 30 at the MGM National Harbor. Perez was only 131 ½ lbs. when he fought Roach (130 ½ lbs.).
“But this time I think I have a bigger chance to win because it will be different now since I’ll be fighting already in the 135 lbs.,” said Perez, a native of Sindangan, Zamboanga del Norte.
Gonzales, however, is coming from two back-to-back victories after he was knocked out by another Filipino Romero “Ruthless” Duno in the 2nd round last March 10 at the Belasco Theater in Los Angeles in their battle for the vacant WBC Youth Inter-continental lightweight title.
The 22-year old Gonzales of Buena Park, California first stopped compatriot Daniel Perales via a 2nd round knockout last August 10 at Belasco Theater before scored a unanimous decision over Gamaliel Diaz on October 6 at the same venue.
The Perez-Gonzales fight is promoted by Oscar De La Hoya of the Golden Boy Promotions and will be shown on USA ESPN2 and web ESPN3.com.
It is in the undercard of the WBO NABO featherweight championship fight between unbeaten Joseph “Jojo” Diaz (25-0, 13 KOs) and Victor “Vickingo” Terrazas (38W-4L-2D, 21KOs).
Also pitted are Vergil Ortiz (8W-0L, 8KOs) and Jesus Alvarez Rodriguez (15W-3L-0D, 11KOs) for the vacant NABF Junior super lightweight title.