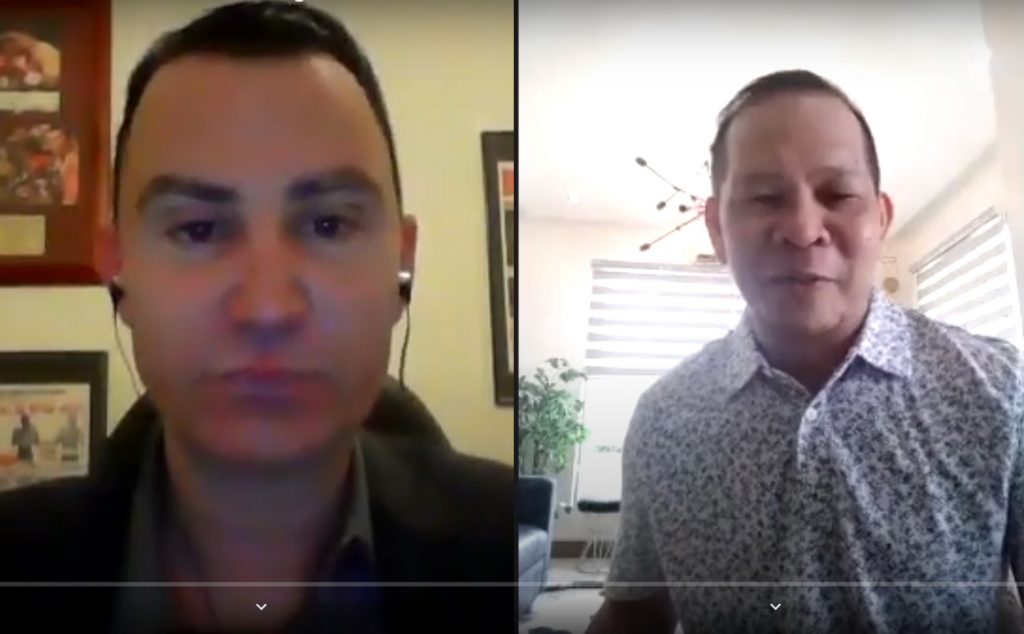 Gerry Penalosa is a Filipino former professional boxer who competed from 1989 to 2010. He is a two-weight world champion, having held the WBC and lineal super-flyweight titles from 1997 to 1998, and the WBO bantamweight title from 2007 to 2009. Originally from San Carlos City, Peñalosa currently resides in Manila. He was trained mainly by Freddie Roach and went on to become a boxing trainer himself after retirement. Peñalosa’s older brother, Dodie Boy Peñalosa, is also a former boxer and world champion.

In this interview, he talked about his fight against the world champion, his sparring with Senator Manny Pacquiao, and his impression on him.

Gerry talked about Senator Manny Pacquiao plans and he wants him to fight in the future opponent like Connor McGregor at 155 pounds or under at catchweight when boxing starts after COVID-19 pandemic.

Gerry also talked about Eumir Marcial and his taught about him.

here’s the video of the interview: