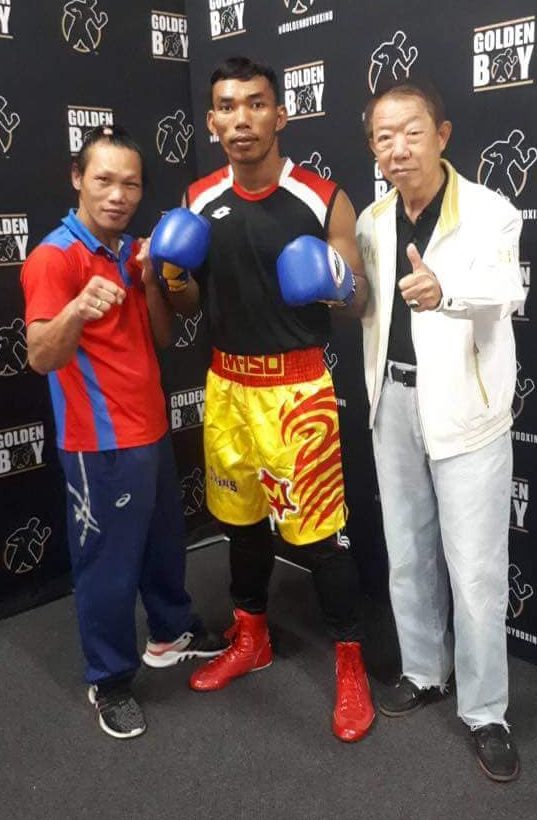 FILIPINO trainer Joven “JJ” Jorda admits that his Thai boxer Tewa Kiram is the underdog against Lucas Matthysse in their upcoming championship for the vacant WBA World welterweight crown on January 27 at The Forum in Inglewood,
California.
“I know we’re the underdog in the fight because Lucas Matthysse is more popular at strong. But we’re prepared to fight him,” said Jorda in a message on Facebook.
Jorda of the Highland Boxing Gym from La Trinidad, Benguet has been training Kiram for two months now.
Kiram, on the other hand, is also known asTeerachai Kratingdaenggym.
He is still undefeated with 38 wins and 28 knockouts. Kiram won the interim PABA welterweight title via a 2nd round technical knockout against Moses Seran in 2010.
He has kept his PABA welterweight title seven years and has previously defended it successfully via a 9th round technical knockout win against Vijender Kumar last February 17.
Jorda, who retired as a pro boxer in 2009 is known in Thailand for knocking out Manny Pacquiao’s former tormentor WBC World flyweight champion Medgoen Singsurat (74W-6L-0, 51 KOs) in the 4th round in 2004.