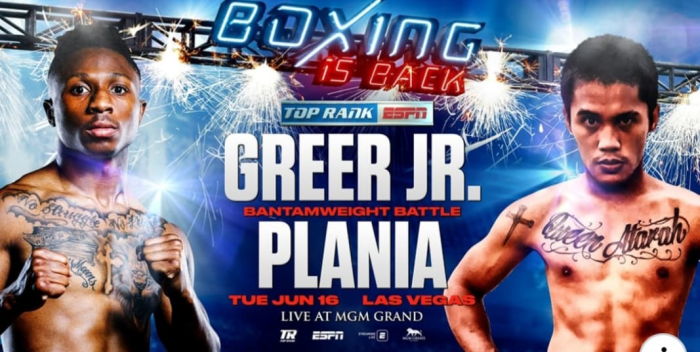 DAVAO CITY – “Magic” Mike Plania of Gen. Santos City arrived already in Las Vegas, Nevada for his very important fight against American Joshua Greer Jr. at the MGM Grand, Garden Arena on June 16 in a closed-door fight.
Plania (23-1, 12 KOs), who will be the first Filipino who will participate in a sporting event since the lockdown arrived together with trainer Moro Fernandez of Miami.

They are accompanied by assistants Ramon Falgui and Franco Chocano.
The 23-year old Plania comes in with an eight-fight winning streak. In his last fight, Plania outpointed Giovanni Gutierrez of Nicaragua last December in Miami.

His manager JC Manangquil, however, won’t be able to join them in Las Vegas since there is no flight available.