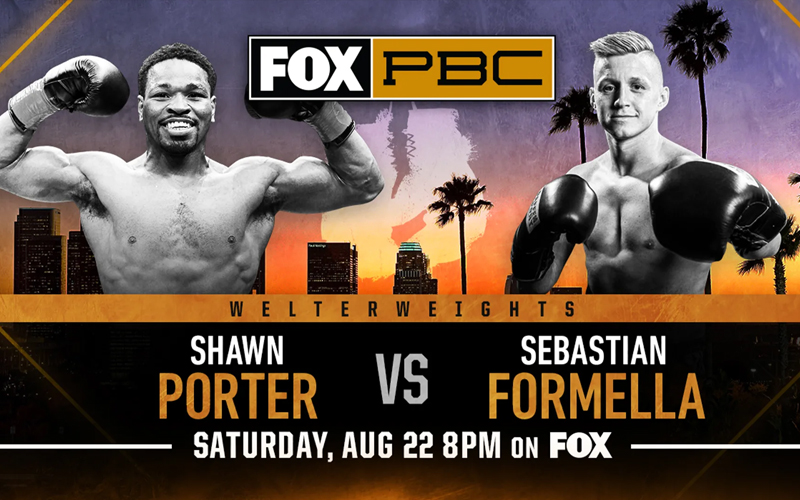 Former world welterweight champion, American Shawn “Showtime” Porter, will return on August 22, against undefeated German Sebastián Formella, in a stellar match, for the World Boxing Council Silver welterweight title, to be held at the “ Microsoft Theater”, in Los Angeles, California and which will be broadcasted on FOX.

The fight was officially announced by the Premier Boxing Champions (PBC) and FOX Sports.
Porter (30-3-1) won the WBC welterweight belt by defeating Danny Garcia in a close fight, defending it once against Cuban Yordanis Ugas, and then being defeated by Errol Spence Jr. in September of last year, in a great fight.

Formella (22-0, 10 KOs), is coming off a victory last January over Roberto Arriaza.