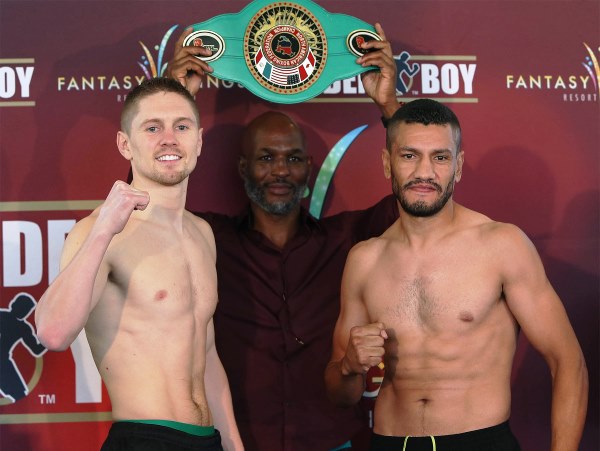 NABF Middleweight Champion Jason Quigley (14-0, 11 KOs) will make his return to the ring against Freddy “Riel” Hernandez (34-9, 22 KOs) defending  his crown this evening at the Fantasy Springs Resort Casino in Indio, California.

This is his first defence after defeating Glen “Jersey Boy” Tapia last year, and is further improving his level of opposition in this battle that will headline the edition of the Golden Boy Boxing series on ESPN.