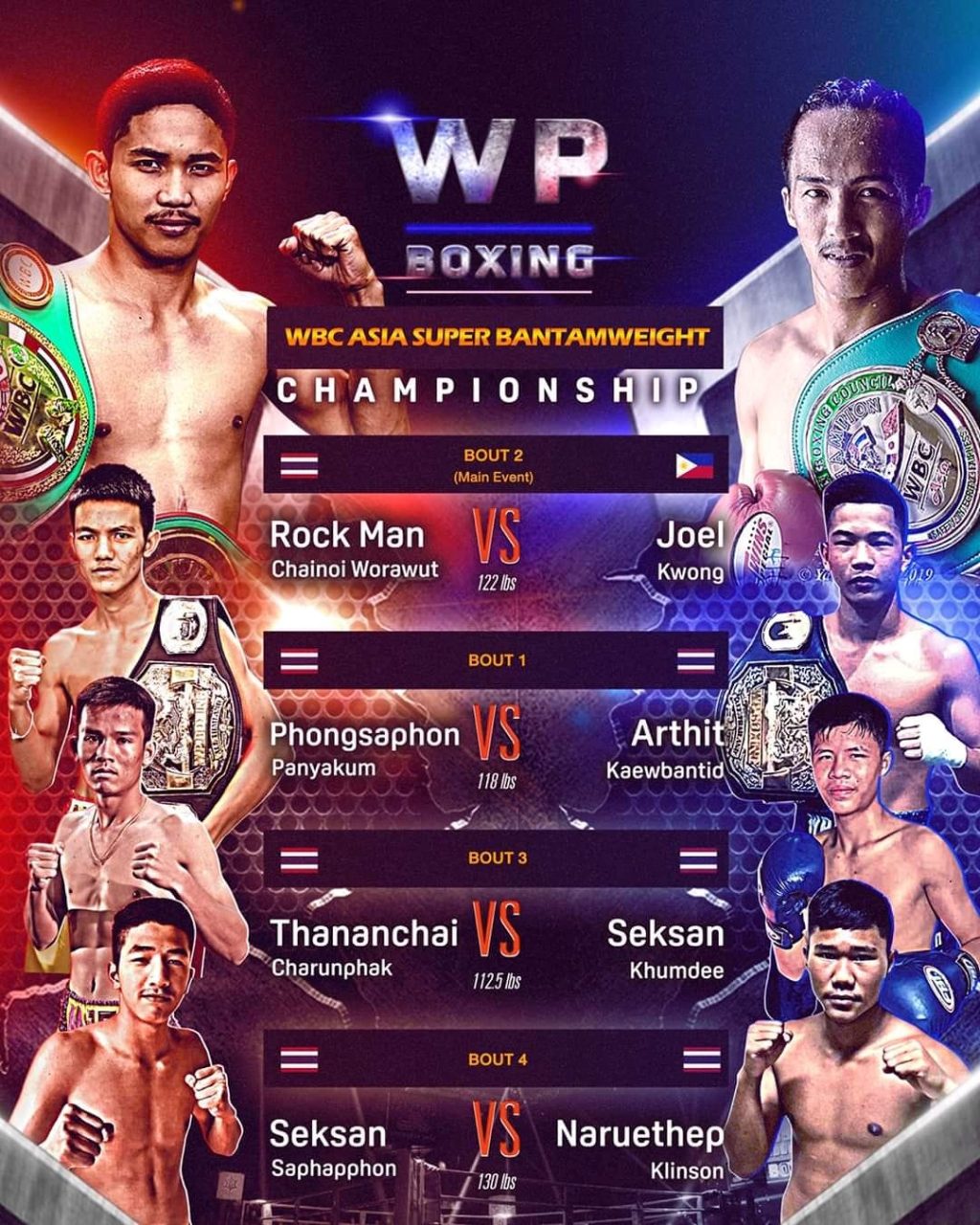 “Rock Man” Chainoi Worawut (11-0-1, 10 KOs) is WBC Asia Super Bantamweight and WBC Youth World Super Bantamweight Champion. He is ranked at 9th place in WBC’s 122lbs World Rating. He made his pro boxing debut in 2018 and has spent his entire career competing in the WP Boxing Events, which is now the number one boxing program in Thailand.

Joel Kwong (5-9-0, 5 KOs) is currently the WBC Asia Silver Super Featherweight Champion. In this fight, he will move down the division to 122lbs division to fight Chainoi Worawut, aiming to capture Chainoi’s top 10 World ranking. The Filipino has four consecutive impressive Knockout wins in his last four fights, and he will be a real test for Chanoi and his World title aspiration.

On the undercard, Thananchai Charunphak (9-1-0, 7 KOs) is set to fight in an 8-round non-title fight against Seksan Khumdee,  who is a Thailand’s elite amateur boxer. Thananchai Charunphak is currently the WBC Asia Flyweight Champion, and he is ranked in number 11 in WBC’s World Flyweight rating. Seksan Saphapphon (debut) will face Naruethep Klinson (debut) at Super Featherweight.

“Rock Man” Chainoi Worawut vs Joel Kwong will be broadcast in Thailand on the Workpoint Entertainment channel on September 5th, 2020, 2:45 PM (GMT +7) from Workpoint Studio in Pathum Thani, Thailand.