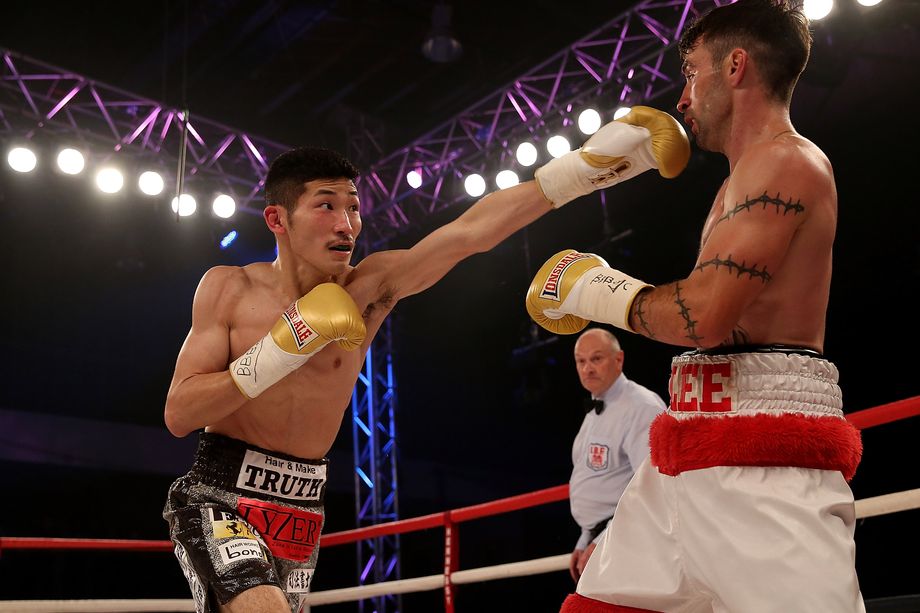 Iwasa was more than a +200 underdog

Yukinori Oguni, who dominated Jonathan Guzman last December in a sizable upset, got a taste of his own medicine earlier today when underdog Ryosuke Iwasa stopped him in six to win the IBF super bantamweight title.

Iwasa (24-2, 16 KO), who suffered TKO losses to Shinsuke Yamanaka and Lee Haskins in his most notable fights, dropped Oguni (19-2-1, 7 KO) three times in the first two rounds before forcing the referee’s intervention in the sixth. Solid work from a man who was more than a two-to-one underdog going in.

The IBF rankings are a little bonkers right now; the rest of the top 10 includes the likes of TJ Doheny and Evgeny Gradovich. I’d guess that #5 Tomoki Kameda is among the likelier foes for Iwasa’s first title defense.

Kosei Tanaka (10-0, 6 KO), anywhere from a -4550 to a -10000 favorite, survived a scare to stop Palangpol CP Freshmart (14-2, 8 KO) in the co-feature. Among the sport’s youngest champions at 22, Tanaka went down in the first round before fighting his way back into the lead and eventually putting Freshmart away in the ninth.