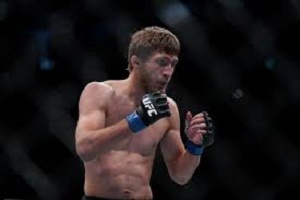 On Monday, officials announced that Said Nurmagomedov (13-1) and Raoni Barcelos (13-1) will fight at UFC 237 on May 11 at Jeunesse Arena in Rio de Janeiro, following an initial report by Graciemag.

Both fighters are 2-0 in the UFC so far, with the 26-year-old Nurmagomedov having beaten Justin Scoggins by split decision in his debut last July, and then topping that performance with a first-round knockout of Ricardo Ramos this past February.

Barcelos, 33, has finished both of his UFC opponents. He defeated Kurt Holobaugh by third-round KO last July (debuting on the same card as Nurmagomedov) and followed that up with a second-round submission of Chris Gutierrez in November.

In recent interview with MMA Fighting, Barcelos said that he and Nurmagomedov were previously supposed to fight before Nurmagomedov was forced to withdraw due to an injury.