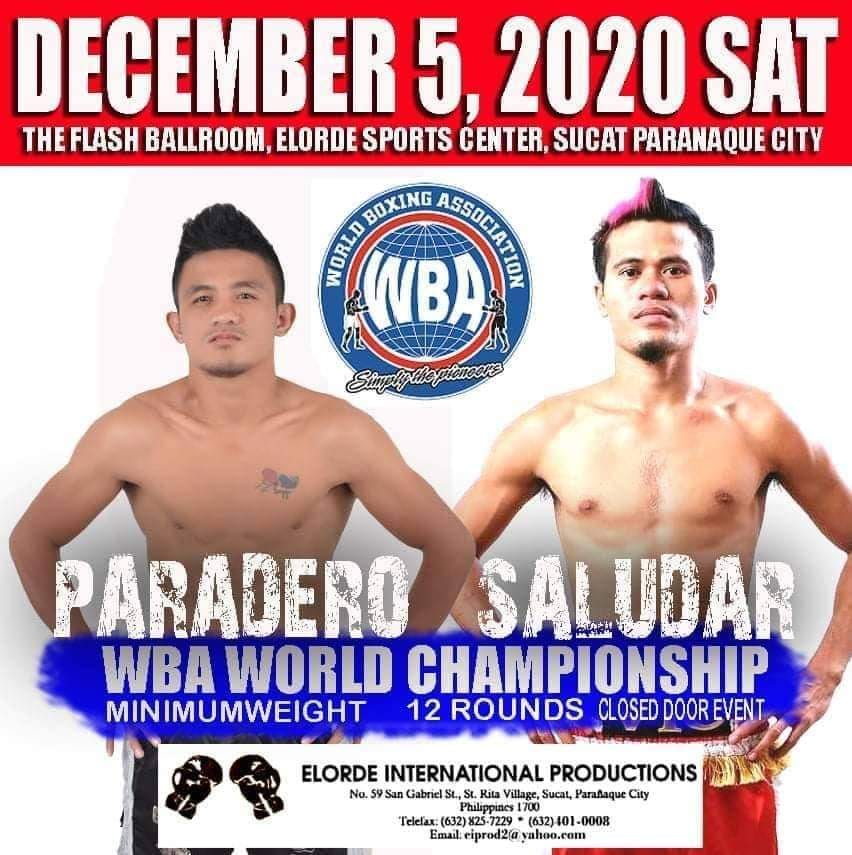 In his third title defense for the WBO World title, Saludar lost to Wilfredo Mendez of Puerto Rico by a unanimous decision in Puerto Rico last Aug. 24.
Paradero (18W-0L, 12KO), on the other hand, stopped Jonathan Almacen of Muntinlupa in the 1st round last April 5 in Malaybalay.

“The Saludar versus Paradero 12-round title fight will be a close door event,” said promoter Gabriel “Bebot” Elorde of Elorde International Productions.