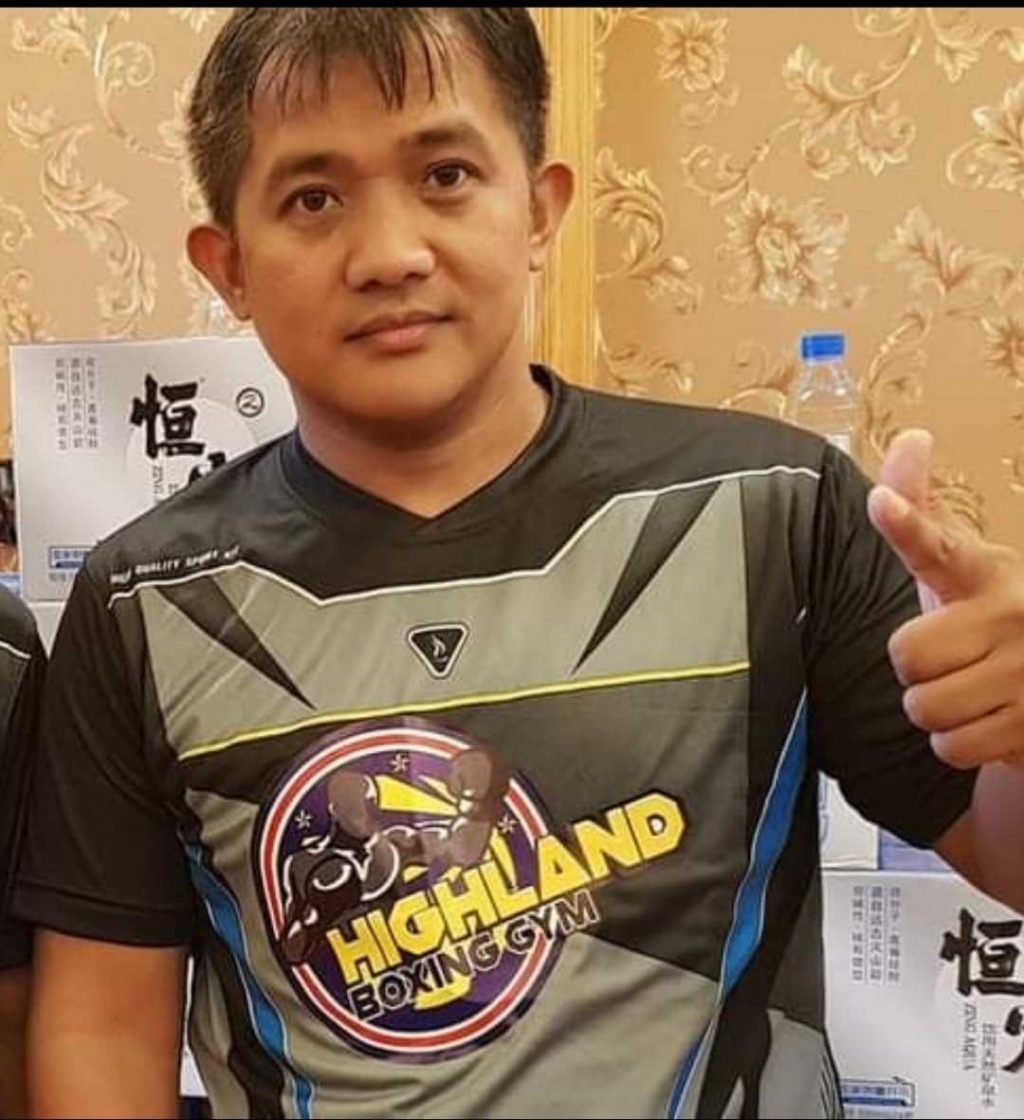 Santig is the top Philippine promoter in 2020

Despite the pandemic caused by COVID-19, professional boxing was held in the Philippines in 2020.

Brico Santig of La Trinidad, Benguet was again the top promoter. He had four promotions including a big-time showdown featuring 15 bouts in Manila.

Next, Santig went to Manila to stage a big-time 4-championship boxing event with 15 bouts together with Liu Gang of Max Power Promotions and Darwin Miller Depay of DMAD Boxing Promotion at the Manila Arena.

It mainly featured Eric Pen (6W-0L-D0, 6KOs) of Cambodia, who retired Alexander Bajawa of Indonesia in the 2nd round to win the WBA Asia heavyweight title.

Dinh Hoang Truong of Vietnam knockout Yuttana Wongda of Thailand in the 2nd round to win the WBC Asia super middleweight title.

The third boxing event was held at Suamlum Night Bazaar in Ratchadaphisek, Bangkok in a co-promotion with Liu Gang featuring Fajardo again against Wulan Tuolehazi of China last March 8. Wulan TKO’d Fajardo in the 6th round.

The main event featured Kanyanat Chotchun of Thailand, who won by a TKO in the 4th round over Arada Boonmami.

Santig also had worked as a matchmaker of promoter Amir Khan for Oct. 3 featuring Usman Wazeer of Pakistan against Boido Simanjuntak of Indonesia for the vacant Asian Boxing Federation Welter Title.

Wazeer TKO’d Simanjuntak in the 5th round.

The 44-year-old Santig went back to Manila to set another promotion but was hit by the pandemic.

The 28-year-old Manangquil first promoted this year at Lagao Gym in Gensan last Feb. 29 featuring All “The Machine Gun” Rivera of Samar against Rodel Wenceslao of Leyte for the Philippine welterweight title. Wenceslao won by a unanimous decision.

Manangquil’s last two promotions were too hard to promote as it is the pandemic already. Both were held at his Sanman Gym.

The last one was staged on Dec. 17 featuring undefeated KJ Cataraja of Cebu, who scored a 1st round knockout over John Mark Apolinario of Sarangani.

The third top promoter is Pio Castillo Jr. of Omega Boxing Promotions with two promotions both held in the bubble.

The first one was the first bubble boxing event in the Philippines on Oct. 7 at the IPI Compound in Mandaue City.

It had four bouts only with light flyweight Christian “The Bomb” Araneta scoring a unanimous decision over Richard Rosales of Bohol pitted in the main event.

The second was last Dec. 18 featuring super featherweight Tomjune Mangubat of Bukidnon with a 3rd round stoppage over Reymond Empic of Cebu in the main event. Actually, it was divided into two events from the afternoon and evening because it had nine bouts.

There is also a promoter who had two promotions but he only got one in the bubble. Gerry Balmes of Bacoor, Cavite first had a promotion last March 5 at Quibors Boxing Gym in Bacoor.

It featured undefeated welterweight Weljon Mindoro of Bacoor stopped Michael Escobia of Bohol in the 2nd round in the main event.

Balmes’ bubble boxing event was on Dec. 6 at the Rizal in Laguna featuring light flyweight Jerome Baloro of Bacoor by a TKO in the 5th round over Mark Jequinto of Zamboanga in the main event.

There are promoters who had only one promotion because they were hit by the pandemic also.

They are Gabriel “Bebot” Elorde Jr. of Paranaque, Juan Monis of La Union, Joel Ostria of Rizal, May Flor Tio and Jossel Wild of Cebu, Clarissa Jimenez and Arnold Palafox of Iligan, Charlemagne Marban of Cagayan de Oro and Depay of Benguet.