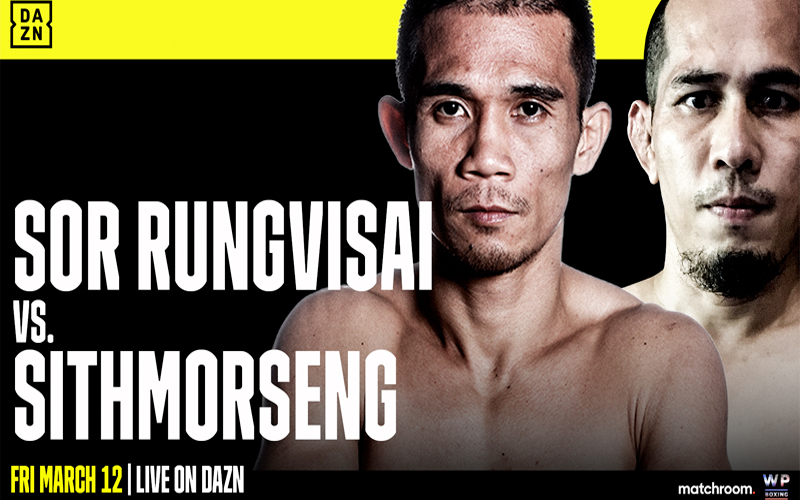 The fight will be the main event of the WP Boxing series, the leading boxing show enterprise in Southeast Asia, and will be broadcast live on DAZN globally.

Rungvisai is ranked #1 at the WBC super flyweight division and is the mandatory world title challenger, so if he emerges with victory, he will have to face the winner of Juan Francisco Estrada and “Chocolatito” Roman Gonzalez.

“I will show the world who I am in this fight against Kwanthai Sithmorseng. I am more than ready to face Chocolatito or Estrada for the third time. I know Kwanthai has a lot of experience. He is a former world champion and he is also the current national champion of Thailand. He cannot be taken lightly, but I’ll be smart and get a win by KO,” predicted Srisaket.

“Srisaket Sor Rungvisai is the best fighter in Thailand, and he has done a great job putting Thailand on the world boxing map by knocking out the legendary Roman Gonzalez. I have a lot of respect for him and I also realize that this is a great opportunity for me to return to the world stage.

“This may be a life-changing opportunity. If I defeat Rungvisai in the fight, I may have a chance to fight the best in the division, “ Sithmorseng commented.

The event will be broadcast worldwide through the DAZN platform.