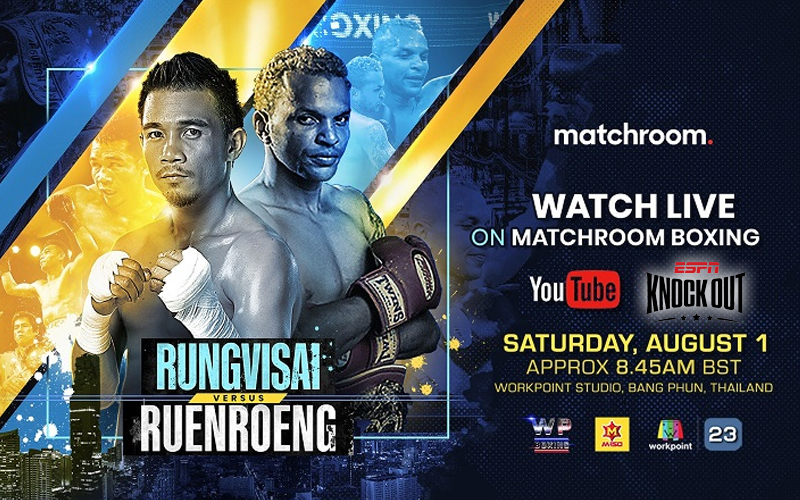 Sor Rungvisai vs. Ruenroeng will air on YouTube Matchroom Boxing and ESPN

Originally the fight would be in April, before being provisionally rescheduled for a May date, so they finally decided to schedule it for August 1.

Rungvisai has two victories over Román “Chocolatito” González and two very competitive fights against the champion, Juan Francisco Estrada. Ruenroeng seeks to achieve his third consecutive victory in order to aspire to a world title fight.