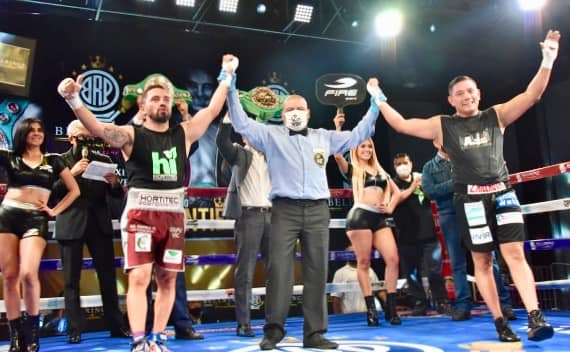 It was an entertaining exhibition fight, where both warriors showed their skills and fighting style to the delight of fans.

The exhibition between the two Mexican heroes was for the benefit of fellow Mexicans badly affected by covid-19.

Interestingly, both Mexican boxers, Montiel and Mijares, have visited the 🇵🇭 Philippines, loving their visit here.

Montiel fought Filipino Z Gorres at the Avellana Sports Complex in Cebu in 2007, a close 12-rounder that I attended with my gf at the time Louttah of Ormoc. Fernando Montiel won by split decision.

Cristian Mijares never fought in this blessed Pinoyland. But he traveled to Manila to attend the Drian Francisco vs 🇵🇦 Roberto Vasquez clash at the Cuneta Astrodome in 2009. I attended that fight as well, a battle the Filipino won by knockout.

Beautiful and inspiring job, nicely done by Montiel and Mijares, fighting for the noble cause of helping the ones in need. May God bless both of you, great warriors!

The author Carlos Costa is a boxing writer living in Cebu. Carlos can be reached by email: carlos512@hotmail.com or WhatsApp 09184538152.