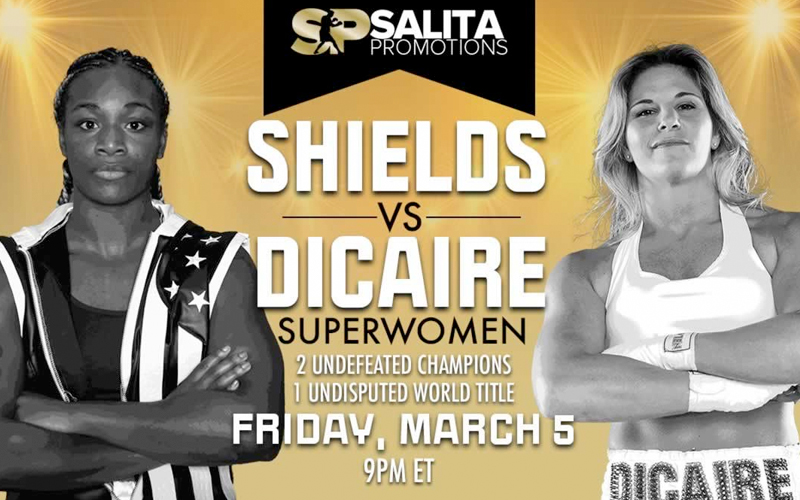 This March 5, the boxing community will witness a historic fight night when “SUPERWOMEN” is presented, with a flourish.

Historic champion Claressa Shields will attempt to become the first boxer to conquer all four belts and become the undisputed world champion in two weight divisions when she takes on undefeated IBF super welterweight champion Marie-Eve Dicaire in a 154-pound unification bout.

The card is presented by Salita Promotions in association with Groupe Yvon Michel, the pay-per-view streaming will be available at a suggested retail price of only $ 29.95 and will be distributed by OnDemand to all major cable, satellite and telecommunications media and broadcast live on https://vivetv.cleeng.com/superwomen-shields-vs-dicaire-super-welterweight-unification-event/E237706015_US

Claressa Shields has become one of the greatest promoters of the sport and without a doubt, she is an inspiration for thousands of young people who seek to break paradigms, at the same time as conquer their dreams.

Great fighters have paved the way and although there is still a lot of ground to cover together, we must not forget those who have raised their voices and fists to build a fairer reality for all those who step into the ring to expose their lives.

This great commitment reminds us of some of the great fights we have witnessed in recent years; it does not have any hierarchical order, nor does it express the opinion of the WBC.