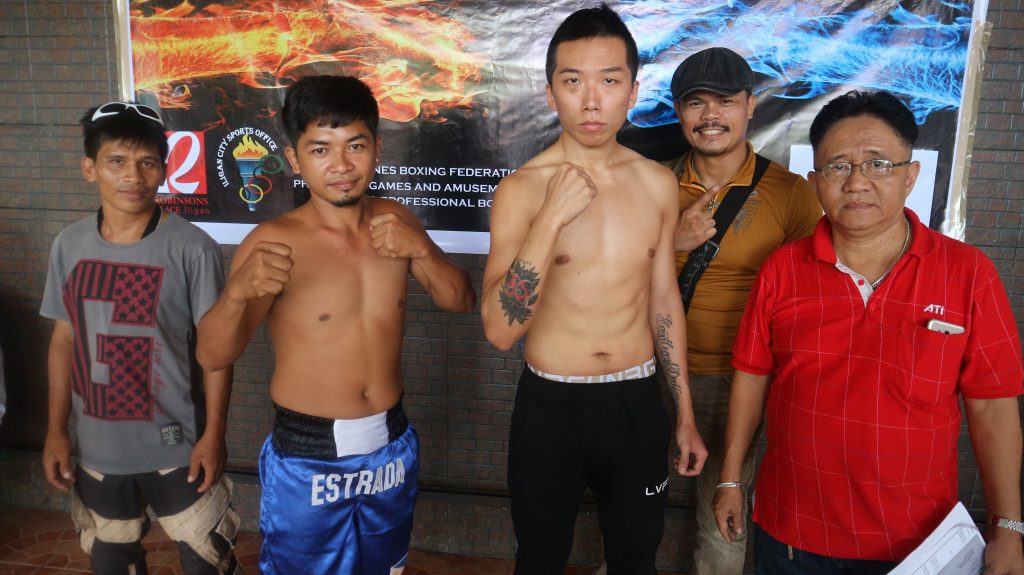 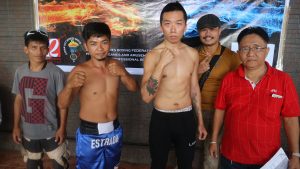 ILIGAN CITY – Super featherweight Ming Hung Lee of Taiwan seeks his fourth straight win as he fights Filipino boxer Michael Estrada in the undercard of the “Fist of Fury 2” on October 15 at the Robinson’s Place here.
The 28-year old Lee, also called as the “River” has already posted two knockouts from his three straight wins since turning pro last March.
Lee, who is an avid fan of 8-time division world champion Manny Pacquiao and undefeated Floyd Mayweather Jr. is a former English teacher from Taiwan in Cebu City.
At first, Lee had only wanted to exercise in boxing after his classes from the language school near the ALA Gym in Cebu.
“But now I’m already serious in it (boxing). Hopefully I will be a champion,” said Lee, who now has been training at the Omega Gym also in Cebu
The orthodox fighter is being trained by former World Boxing Federation (WBF) World welterweight champion Dondon “El Supremo” Sultan.
Lee had successfully made his pro debut via a 2nd round technical knockout win against Wilbert Rota last March 8 in Cebu.
In his second fight, Lee won by a unanimous decision against veteran Roldan Malinao (11W-36L-1D, 2 KOs) last May 16 in Cagayan de Oro City.
Lee then went to Tagbilaran City to knockout Reynold Salon (1W-7L-0D) in the first round last August 20 to remain undefeated.
“Malaki ang improvement niya kasi masipag siyang mag ensayo,” said the 39-year old Sultan, also a former PABA and Philippine welterweight champion.
Lee, who is sponsored by Deep Bomb and LG, is currently the only active Taiwanese professional boxer.
The Lee-Estrada 6-rounder is promoted by lady boxing promoter Clarissa Pacana-Jimenez of RCJ Promotions.