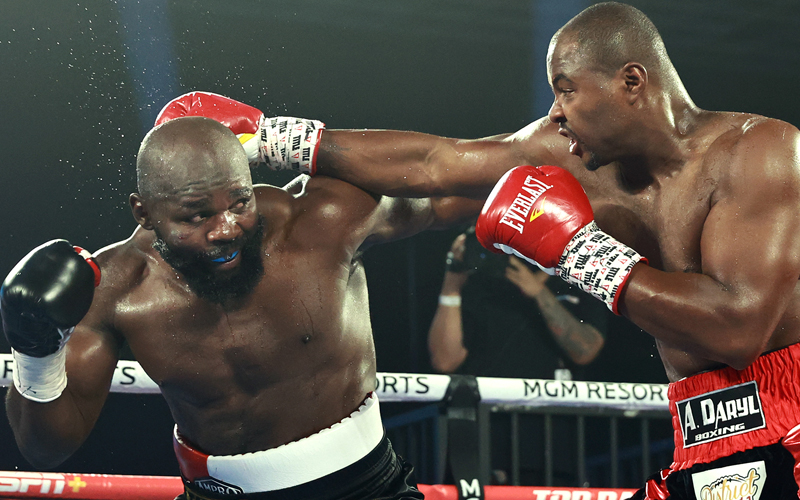 Cameroonian Carlos Takam achieved his fourth consecutive victory, defeating American southpaw Jerry Forrest by unanimous decision, in the main fight presented by Top Rank in “The Bubble” of the MGM Grand in Las Vegas, Nevada and it was broadcast on ESPN.

Takam accepted the bout just over a week ago, as Jerry Forrest’s original rival Jarrell Miller tested positive for doping.

Castro showed a much higher level, constantly hurting “Corazón” Juárez, who, by the decision of his corner, didn’t come out for the fifth round.

In a scheduled four-round welterweight fight that featured a rare double knockdown, Corey Champion (2-3, 2 KOs) knocked out Peter Cortez (2-2, 1 KO) in the first round.