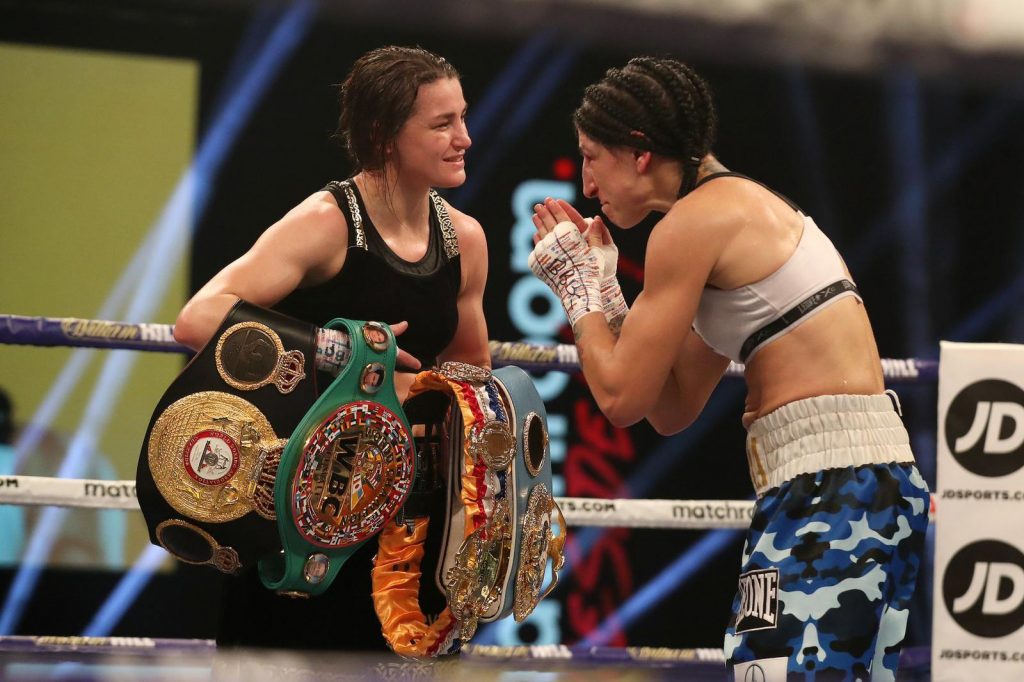 Taylor and Gutiérrez broke the audience record in Ireland and the United Kingdom.

Last Saturday’s fight between Katie Taylor and Miriam Gutierrez for the World Boxing Association (WBA) Lightweight title had a large audience in the United Kingdom and Ireland, as reported in this week’s official numbers.

The event organized by Matchroom and its CEO, Eddie Hearn, was featured by women and was seen by over two million people in the above-mentioned areas, in a demonstration of the growth of female boxing around the world.

The WBA has been a promoter of female boxing, and seeing such important companies give relevance to the female champions of the WBA fills the pioneer organization with pride and satisfaction.

Taylor has risen to the top of boxing and is one of the best pound for pound boxers at the moment. Her figure is accompanied by the names of greats such as Claressa Shields, Cecilia Braekhus, Jessica McCaskill, or Yessica Bopp, sports stars that show the evolution of women in the world.

Great fighters like Terri Harper, Rachell Ball, Jorgelina Guanini, and Katharina Thanderz were part of the great event held at Wembley Arena, so the responsibility for such an important achievement belongs to them as well.

It is important for boxing that women continue to gain space, pleasing the public, and being the stars of massive audience events.

The WBA congratulates the fighters, Matchroom, Hearn, Sky Sports, and all those involved in the show, while encourages more events like this in favor of female boxing and the public, which is ultimately the great beneficiary.