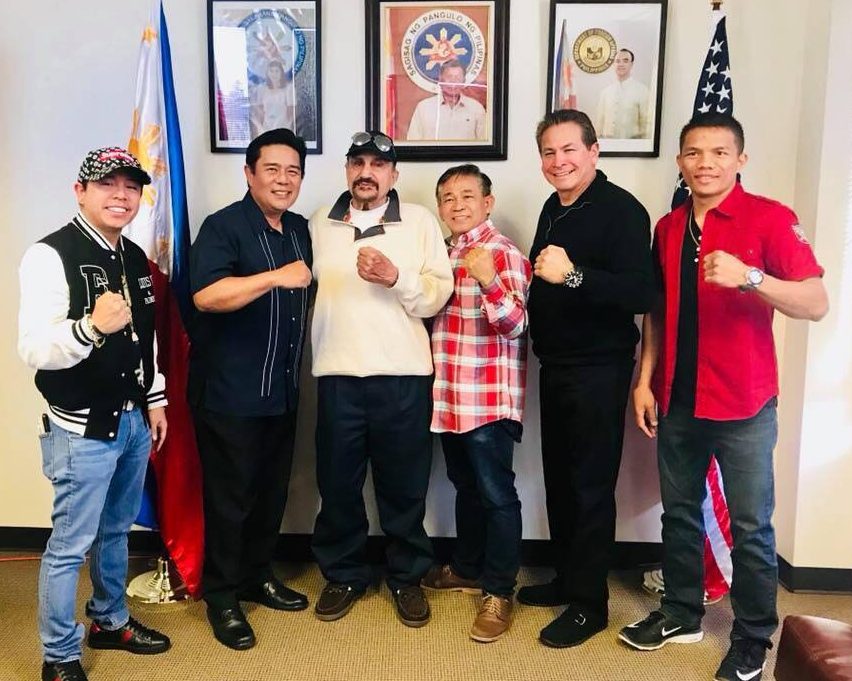 FILIPINO boxer Rey “Technician” Perez, who recently bounced back with an impressive victory, will again be fighting in April in Los Angeles, California.
This was disclosed by his manager Rey “Cacoi” Rodis II of the RED Boxing International.
“His (Perez) next fight might be in April,” said Rodis in a chat message on Facebook.
Perez bounced back from a disappointing comeback in the United States by scoring a convincing unanimous decision against Mexican-American Christian “Chimpa” Gonzales last Feb. 22 at the Fantasy Springs Casino in Indio, California.
Perez posted his 22nd win with six knockouts against nine losses and no draw.
“We also want Perez to fight (again) in a championship soon”, said Rodis, a nephew of former WBC world super featherweight champion Rene Barrientos of Cagayan de Oro City.
Perez, a native of Sindangan, Zamboanga del Norte earlier suffered a unanimous decision to Lamont Roach last November 30 at the MGM National Harbor in Oxon Hill in his first assignment under RED International Boxing.
But Perez was not in his comfortable fighting weight at 130 lbs. only unlike against Gonzales which was already in the 135 lbs. division.
Perez and Rodis paid a visit today at the Philippine Embassy in Los Angeles, California.