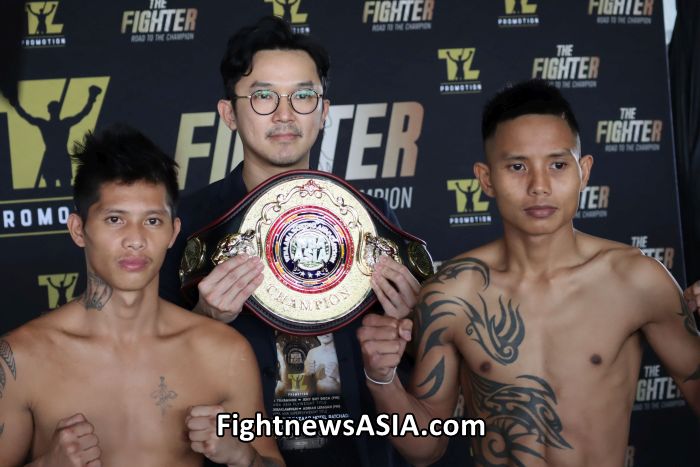 Filipino and Thai warriors made weight ahead of the WBA Asia title double-header set to thrill boxing fans tomorrow Sunday, March 1 in Bangkok, Kingdom of Thailand.

Last May,  the Thai Sarawut, 28, battled strong titlist Artem Dalakian in Ukraine for the WBA world title, losing by knock out in ten chapters.

Tomorrow, he wants to emerge victorious with a victory over the well trained “Camiguin Tiger” who arrived in Bangkok on his Air Asia flight wanting to score most important win of his boxing career.

The WBA Asia title double-header March 1 in Bangkok is a promotion of Galaxy Boxing of veteran Thai promoter Niwat Laosuwanwat.

The author Carlos Costa of Panama is a veteran boxing reporter living in Asia. Carlos can be reached at carlos512@hotmail.com and whatsapp +639184538152.