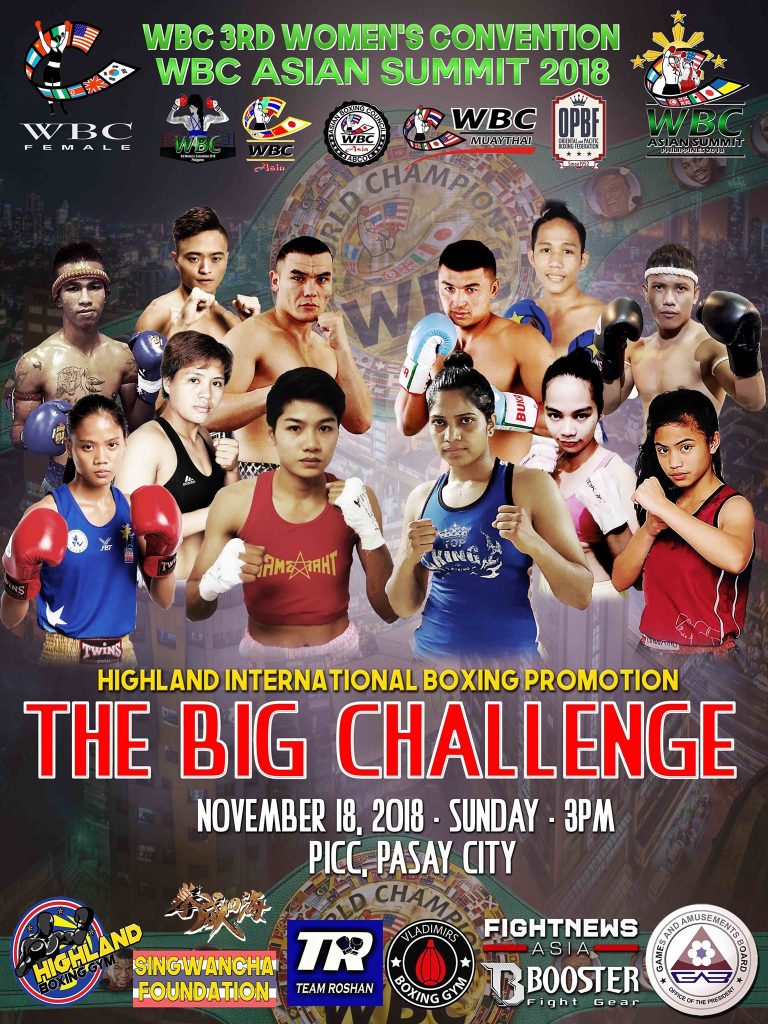 The 3rd WBC Women’s Convention and WBC Asian Summit could not be imagined without a thrilling boxing show, and that is precisely what fans and attendees to the convention will get November 18 at the Philippine International Convention Center (PICC) in Pasay, Metro Manila, Philippines; an exciting fighting event that promises total action.

The two women – both 23 – can’t wait to be on top of the ring getting at each other, a test of who is the superior warrior.

The Thai Phannaluk of the Highland Boxing Stable is the taller of the two woman. Phannaluk is slick, conservative in her boxing and fights from a distance, using her long left jab to keep opponents at baby.

Meanwhile Urvashi is shorter, exciting and comes forward throwing hard blows to the head and body, winning all her combats by way of knock out.

Trained by renown Indian pro boxing coach Roshan, Urvashi – born from the City of Kanpur in Northern India, now living in New Delhi – is the very first Indian lady boxer to fight for a WBC Asian Title, an honor that she shares with her father Niranjan, mom Chandravati and young sibblings Brahm, Reinu, Minu and Anjali.

The experienced Carleans, 29, fights out of the popular Highland Boxing Stable, while Gretel, 25, belongs to the Cucoy Elorde Boxing Team. Both women have been Filipino National belt-holders, and on November 18 they will go for the WBC Asian strap. What warrior girl will come out victorious? 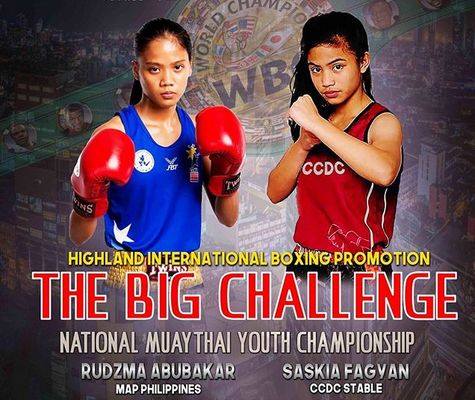 The two girls are experienced, strong, fearsome combat ladies in top shape aiming for victory November 18, and you have to be there.

“The Big Challenge” on November 18 at the iconic Philippine International Convention Center (PICC) in Pasay, Metro Manila, is a production of Filipino promoter Brico Santig of Highland Boxing Team in cooperation with the Philippine’s Games and Amusement Board and the WBC Asian Boxing Council.

The author Carlos Costa is a Panama-born veteran man of boxing living permanent in Cebu, Philippines. He will attend this boxing event in Manila. Carlos can be reached by email: Carlos512@hotmail.com and Whatsapp: +639184538152.