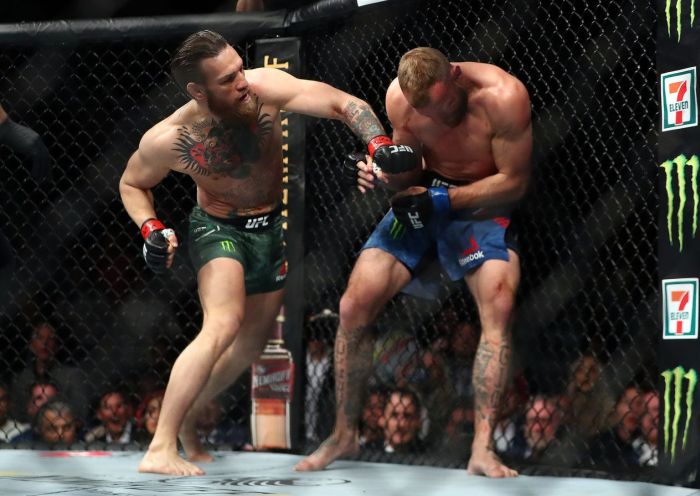 After the spectacular 40-second stoppage victory of Conor McGregor over Donald “Cowboy” Cerrone Saturday night in Las Vegas, Top Rank’s boss, Bob Arum, has said that he would like to see “The Notorious” against his boxer Terence “Bud” Crawford (36-0, 27 KO’s), a clash aimed at elevating Crawford’s popularity in boxing.

It is anybody’s guess if Arum’s wishes would ever become a reality as the former 2-division UFC champion seem to be much more interesting in a blockbuster rematch against the still one of the sport’s top attraction Floyd “Money” Mayweather (50-0, 27 KO’s), or a lucrative showdown against Filipino hero Manny Pacquiao (62-7-2, 39 KO’s).

The two boxing fights would generate enormous interest as well as PPV numbers.

However, there are no shortage of thrilling UFC opponents for the 31-year-old McGregor.

Time will tell who would be next to climb the ring for “The Notorious” in ring or octagon; however, one thing is for sure: “The Notorious” Conor McGregor is as popular and as willing to engage in big fights as ever, be it boxing or UFC.

The author Carlos Costa is a Panamanian boxing reporter living in Asia. Carlos can be reached at carlos512@hotmail.com or whatsapp +639184538152.