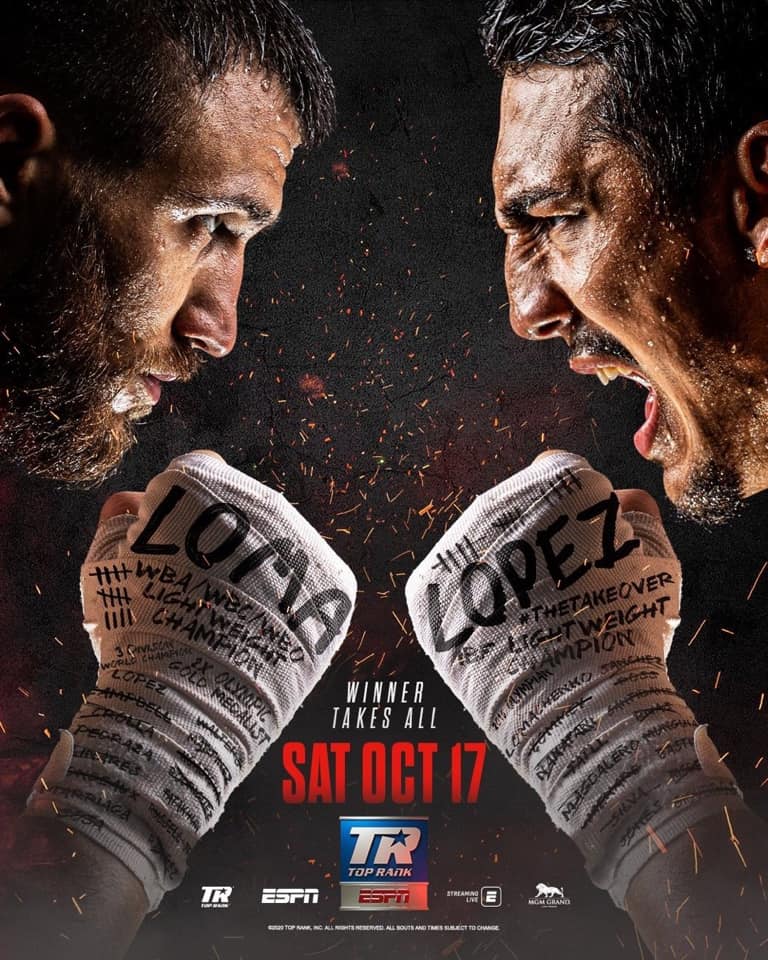 Thriller: Lomachenko vs López THIS Saturday in Las Vegas

The Latino 23-year-old Teófimo López – the daring puncher of Honduran blood who lives in Brooklyn, New York – has grabbed fans’ attention with his jaw-dropping stoppage wins and backflip jump celebrations.

Yes indeed, since making his pro debut in 2016, Teófimo quickly emerged as a young boxing superstar due to his charisma and thrilling knockout triumphs.

Hating him or loving him for his smug, Teófimo López has earned this Saturday’s stirring unification battle against one of Earth’s pound-4-pound best fighters, absolutely the best lightweight warrior in today’s boxing.

His mission is to defeat the far more accomplished 2-time Olympic Gold Medalist (Beijing 2008 & Rio 2012) Lomachenko – a software-man who can read opponents moves the same as Neo from The Matrix.

Will Loma be way too much skilled, unreadable and awesome for the heavy-handed young brag Teófimo?

Or will this fast slugger Teófimo López rock, shock and overpower the immensely talented Loma, doing to him something brutal and stunning that no man in this 3rd dimension has ever done to him?

Salido harassed and decisioned Loma in 2016, and Linares dropped him down on his ass during the 6th chapter of their 2018 battle; could Teófimo do even better against the awesome Loma than those two men did?

Boxing fans, we just can’t wait to see.. and what do you think?

Loma VS López in electrifying lightweight action. May the Best Man Win.!!

The author boxing writer Carlos Costa lives in Cebu and can be reached at carlos512@hotmail.com and WhatsApp +639184538152.