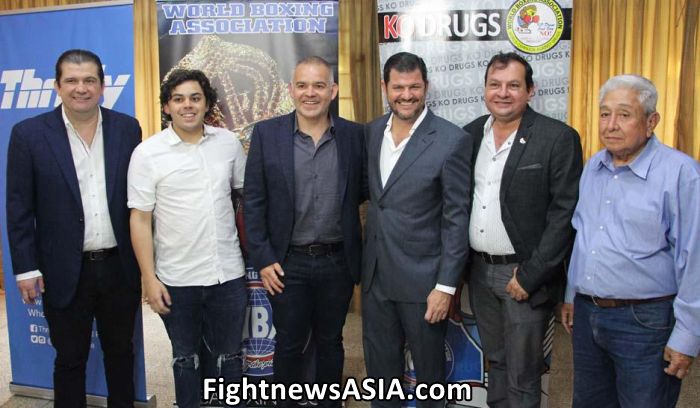 In addition, WBA # 6 minimumweight fighter Carlos Ortega of Panama faces Nicaraguan WBA #2 Leyman Benavidez in a crucial twelve-round battle that none of the two warriors can afford to lose.

Moreover, in a battle of heavy punchers, unbeaten 23-year-old super bantamweight Rafael Pedroza (9-0, 8 KO’s) of Panama fights more-experienced Jose Perez (18-3, 15 KO’s) of Nicaragua, a thrilling melee that might not make the distance.

More fights are lined-up to thrill fans in attendance. “WBA KO to Drugs” February 7 at the Roberto Duran Arena in Panama is a production of award-winning promoter Rogelio Espiño.

The author Carlos Costa is a veteran Panamanian boxing reporter based in Asia. Carlos can be reached at carlos512@hotmail.com and +639184538152