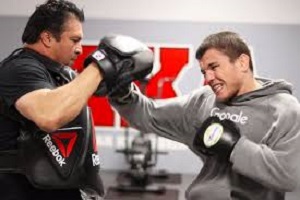 Another Nurmagomedov is stepping into the Octagon.

The UFC announced Thursday via social media that undefeated Russian bantamweight Umar Nurmagomedov (12-0) has been signed to the promotion.

Umar is the cousin of UFC lightweight champion Khabib Nurmagomedov.

Per the announcement, Nurmagomedov’s debut is being targeted for UFC 249, though an opponent is yet to be named. This will not be Nurmagomedov’s first time competing for a North American promotion as he made a pair of appearances for the Professional Fighters League.

In his most recent fight at Gorilla Fighting Championship 20, Nurmagomedov defeated Braian Gonzalez in the first round via rear-naked choke submission.

Watch Nurmagomedov’s win over Gonzalez below: