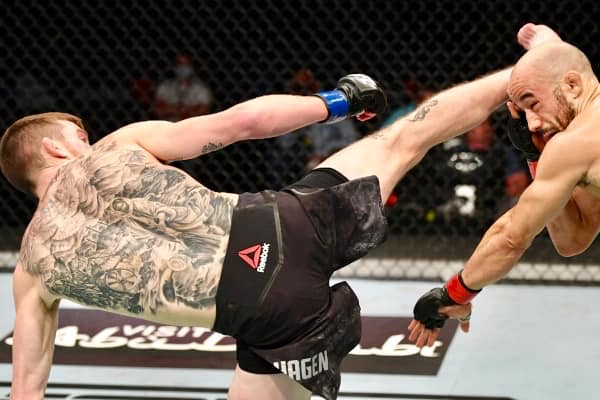 Spectacularly, Cory Sandhagen unleashed a savage roundhouse kick to Marlon Moraes’ right ear, knocking him out of action at 1 minute and 3 seconds into the 2nd episode.

Now, Sandhagen is positioned at the gates of a UFC title challenge in the bantam division, where the champion is Petr Yan reigns.

Cory Sandhagen (13-2 and 6-1 UFC) returns to the winning row, after suffering his 1st loss in the UFC in June of last year when he was stopped in just 88 seconds in his clash against Aljamain Sterling.