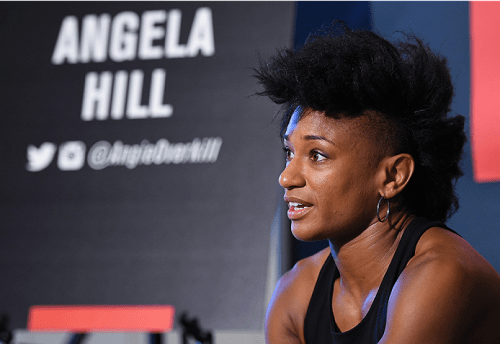 Since rejoining the UFC in 2017 the former TUF contestant lost a competitive fight to Jessica Andrade (which came with Fight of the Night honours) and bested Ashley Yoder before meeting Ansaroff.

Hill has been a favourite of hardcores (and MMA’s twittersphere) since her original stint in the UFC (circa 2015), but after the Andrade fight (and thanks to eye-catching Street Fighter andBlack Panther cosplaying) she had started to gain more mainstream attention and support. It’s because of this, according to Hill, that the loss to Ansaroff was especially hard to take.

I had just started feeling the momentum of having the fans behind me, having the promotion behind me. I felt like I was in the cool club.

“I had just started feeling the momentum of having the fans behind me, having the promotion behind me. I felt like I was in the cool club,” laughed Hill while talking to Bloody Elbow. “There was a lot of support going into that fight, from the people behind me, from fans, from random [sports media], so it sucks extra hard to lose such a close fight like that.”

Hill, who recently took over the UFC’s twitter account to live tweet UFC Fight Night: Cerrone vs. Medeiros, recognized that the momentum she felt ahead of the Ansaroff contest has slowed, but she’s determined to win it back.

“If anything it gives me hope for the future,” she said on experiencing such support last year. “It makes me want to fight harder, get those wins back, get a win streak going, so I can get that feeling back. It’s a really nice feeling to have a good amount of support going into a fight.”

Standing between Hill and a shot at bouncing back with a win is Maryna Moroz (8-2), who last fought in June (losing to Carla Esparza). Against the Ukrainian, Hill said she’s eager to not repeat the same mistakes she made against Ansaroff.

“There are a lot of little things that I could have done [to win the Ansaroff fight],” claimed Hill. “There was an opportunity in the first round where I could have gone for an easy takedown, but instead I tried to hit her more. And there’s ways that I could have made my life a lot easier in that fight, but because I wanted to punch her in the face so much, I ignored those opportunities … I was going for one punch a lot instead of throwing combinations. It cost me the fight. So yeah, it was a tough one to look at just because I thought I’d done enough [to win a judges’ decision], but you can’t have a fight that close and be angry about not getting the decision.”

Hill stated that Moroz is a very similar opponent to Ansaroff; in that she throws volume, but isn’t very accurate. Hill said her current opponent maybe lands ten percent of the strikes she throws.

“So, if anything, fighting Nina Ansaroff was a good eye-opener for me. Because if I hadn’t fought her first, the same thing could happen in this fight; where I just don’t throw as much because I’m just trying to look for that kill shot.”

Along with addressing the little mistakes she owned up to in the Ansaroff fight, Hill has also looked to change her physique to negate her opponents’ chances of out-muscling her.

“I’ve had this whole project I call ‘Fat Ange’ and basically I’ve been trying to make my heaviest weight heavier than it used to be,” revealed Hill. “Before November, the heaviest I had ever walked around at was like 128 lbs. So I wanted to get my mass up and at least start walking at a bigger weight before I enter fight camp. So I was able to gain about 10 lbs, which is cool. It didn’t really solidify into muscle yet, but I’m working on it.”

Hill said that during fight camp she would often dip below 120 lbs, prompting her to eat more so she didn’t come into a fight that much smaller than her opponent. For this camp she has been able to maintain her weight at around 130 lbs, to which she credits her husband Adam Blair Pryde.

“My husband, he’s been doing all the research and he’s been like a feeder, one of those guys who like provides food for their 300 lb wives. I kept calling him a feeder because as soon as I finish one meal, he has a protein shake ready for me or he had some carbs for me to eat right before bed. So he was able to get my weight up to a good point where I can start chiseling down afterwards.”

Another change for Hill during fight camp is that, instead of just playing video games in her free time, she now gets to play herself in a video game. Hill is one of the playable characters in EA Sports’ UFC 3, a game she helped produce. 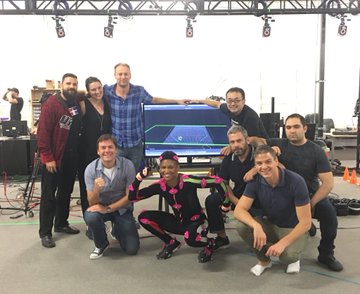 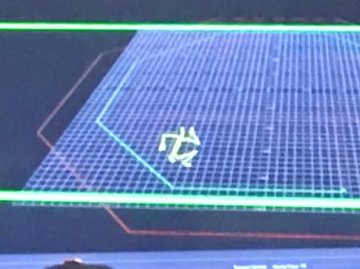 Had a blast in studio with the good folks at #EASports. Can’t wait to see the final product! #GamerBecomesTheGame #MotionCapture #DreamJob

Last October Hill performed motion capture duties for the game, helping developers make their digital fighters as realistic as possible. Hill, an unabashed video game geek, was delighted to be involved even if it wasn’t quite what she expected.

“It was pretty cool, but it was a lot of mundane footwork,” said Hill. “I just thought they were going to ask me to do a bunch of kicks and punches and stuff. Pretty much ninety-percent of it was just walking left, walking right, now go left faster, now go right faster, now walk in a diagonal pattern.

“It was kind of funny how tedious it was. But I was able to do a couple of cool moves at the end that made up for it. The end result is really cool because when you’re moving around the characters look really realistic. Like when you switch directions, you can see the shift in the body weight, see what the arms do, what the person’s shoulders do. So it was really cool to see all that in its final form in the game.”

Hill, who said she was recruited by EA probably because she lived nearby, said the most exciting part of the process was getting to add a ‘special move’ into the game.

I just never thought that would be me. When I was a kid playing Street Fighter, I never thought that I would be a character in a game and it’s kind of surreal. Every time I see the actual gameplay and see footage of myself in there, it feels really eerie.

The result of not only having a video game character that looks like, but also moves like you too has felt a little weird for Hill. “It’s really really strange, and it’s really cool at the same time. I’ll get messages from fans and they’ll send a video with them knocking out someone with some move and it’s really cool being able to see that.

“I just never thought that would be me. When I was a kid playing Street Fighter, I never thought that I would be a character in a game and it’s kind of surreal. Every time I see the actual gameplay and see footage of myself in there, it feels really eerie. I kind of can’t watch it before my fight because when I see gameplay, it’s like I’m watching one of my old fights. So it’s a little too nerve-wracking to play right now. That’s kind of a testament to how realistic it is, that it makes me react that way without even thinking about it.”

Hill said she would love to do more motion capture for video games, but maybe ones which are little less realistic or so close to her real life. She suggested a side-scrolling beat ‘em up, the kind she would play as a kid. Or something where she either got to kill aliens or be an alien herself. Ultimately, she’d love to follow in the footsteps of one of MMA’s biggest stars.

“Everyone talks about Conor McGregor doing this and that,” joked Hill. “But the thing I’m most jealous of is him being a character in Call of Duty! So it would be really cool to be in something like totally random. Like a random adventure game or a shooter or something, and do motion capture for that and have my likeness in it. That would be awesome. First I have to win two belts, I guess!”

There’s no belt on the line this Saturday night, but Hill does have an opportunity to continue to grow her brand with a win; perhaps getting her closer to the attention of Call of Duty’s developers. You can watch her take on Maryna Moroz live on the FOX prelims of UFC on FOX: Emmett vs. Stephens. The prelims begin at 6pm ET on February 24th.