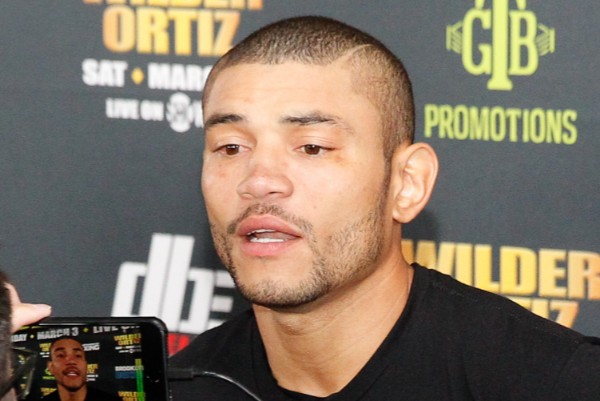 For super middleweight Jose Uzcategui, his rematch against Andre Dirrell for the IBF interim 168-pound world title is personal. Uzcategui was disqualified in their first fight after a KO punch was ruled after the bell. Then Dirrell’s uncle and cornerman, Leon Lawson, Jr., sucker-punched Uzcategui after the fight was over. Lawson, who is not expected to be in Dirrell’s entourage for Saturday’s Showtime-televised fight, is currently facing a 2nd degree assault charge and a civil suit from Uzcategui.

“Neither the bell, nor the referee, nor the judges, nor his cowardly uncle will save Dirrell,” proclaimed Uzcategui. “I will do justice with my own fists in the ring. I’ve come twice as physically and mentally prepared. Nothing will stop me from succeeding again against Andre. On Saturday I will fulfill my dream of being world champion.”

Uzcategui wasn’t finished. “This time I really want to prove my skills and show off my power. Andre Dirrell had better be ready because I’m coming to knock him out…I’m not going to give the judges any opportunity in this fight. They won’t have an impact on this fight whatsoever because I’m going to knock him out earlier rather than later. The only thing that matters to me is having Andre Dirrell in front of me on Saturday night and knocking him out to prove I’m the better man.”