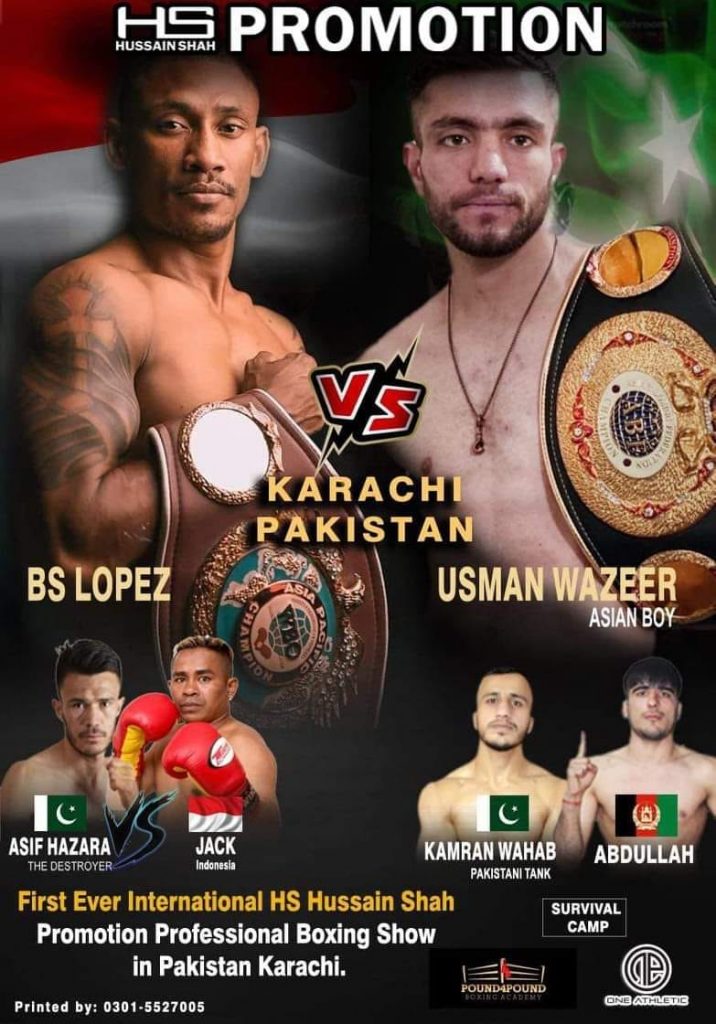 The 20-year old Wazeer recently scored a technical knockout in the 5th round against Indonesian Boido Simanjutak last Oct. 3, 2020 to win the vacant ABF welterweight title at Amir Khan Boxing Hall in Islamabad.

Wazeer has started his campaign last year with three wins and no loss or draw.

Wazeer said he is confident to defend his title and aim to become a world youth champion.

“I am looking forward to defending my title and my next target will be to become youth champion,” said Wazeer.

“For youth title fight, I will need the help of government as without financial assistance it is impossible to make it happen,” he concluded.

Lopez (28W-10L-0D, 9KO), on the other hand, won against Cirilo Espino of Sarangani by a majority draw to win the interim World Boxing Organization Asia Pacific super bantamweight title last June 2012 at TVRI Studio in Jakarta.

Lopez then scored against Madit Sada by a TKO in the 5th round last March 2013.

He lost by a 5th round knockout.

Meanwhile, ABF president Naris Singwangcha is sanctioning the fight because ABF is very active in Asia.

The promoter is Hussain Shah of the HS Promotion while the ABF Supervisor is Rasheed Baloch, who is the chairman of the Pakistan Boxing Commission (PBC).