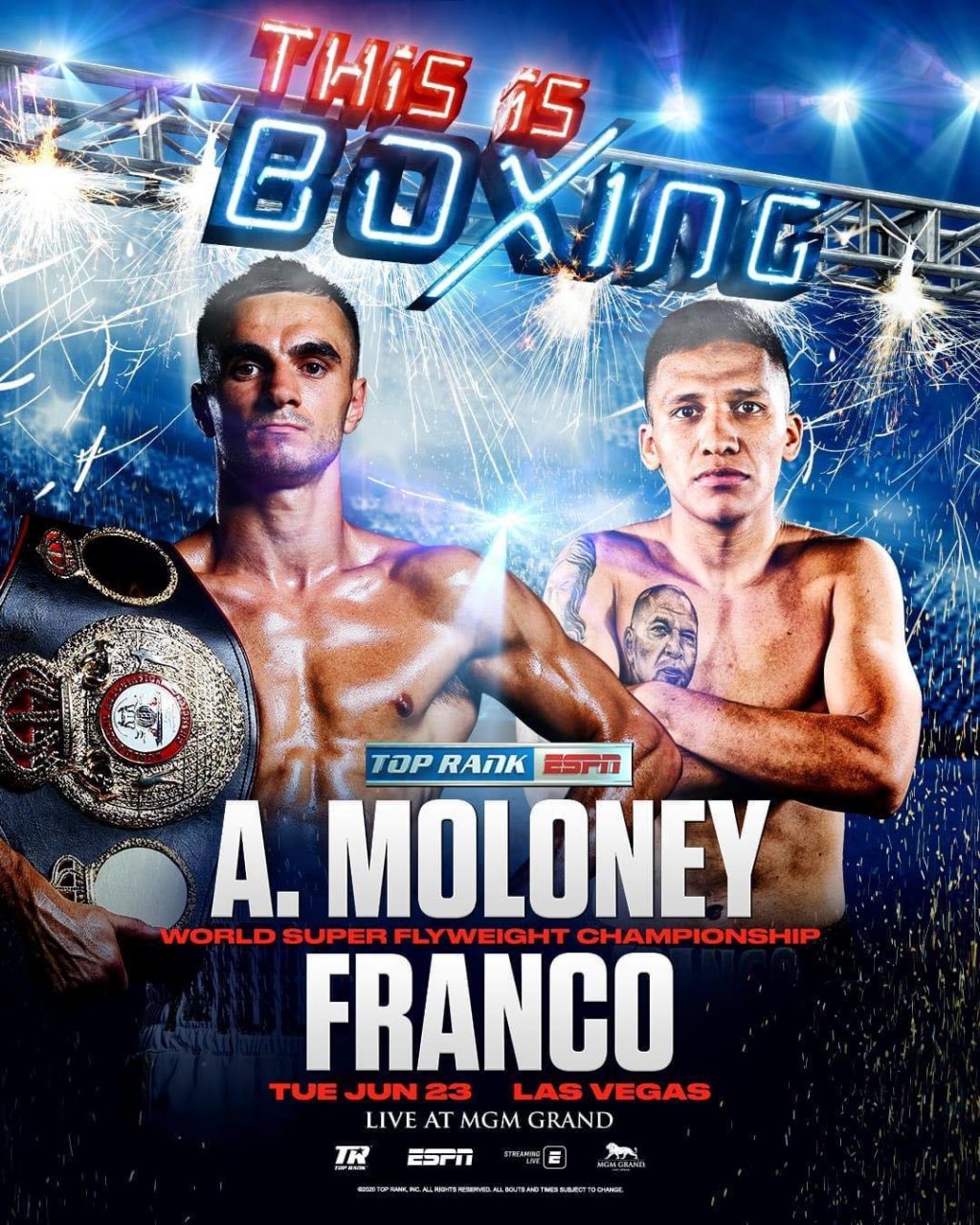 WBA, the first organization to come back to action in times of Covid-19. Top Rank

After the approval of the Nevada government and the Nevada State Athletic Commission, boxing in times of coronavirus is now a reality, although without fans. Las Vegas has become the city that hosts the most boxing events in the United States and the world, after the three weekly shows Top Rank Boxing has presented during June, with more shows on the agenda, one of them with championship fights.

The fight that marks the return of championship fights in this season will be between Australia’s Andrew Moloney and Golden Boy Promotions’ Joshua Franco, who will fight for the WBA Super Flyweight title on Tuesday, June 23rd at the MGM “Bubble” in Las Vegas.

“The Monster” Moloney, who moved his camp from Australia to Las Vegas, will make his debut in America, while “The Professor” Franco will fight his first championship fight. The champion is undefeated since his debut in 2014 and his challenger has not lost in two years.

The winner will stand at the gates of a mega-fight against Nicaragua’s pride and Super Champion, Román “El Chocolatito” González, who has just dethroned British Khalid Yafai.

The fight looks even on paper and has high expectations on ESPN’s platform, which will broadcast the first world title fight in times of pandemic, presented by Top Rank.