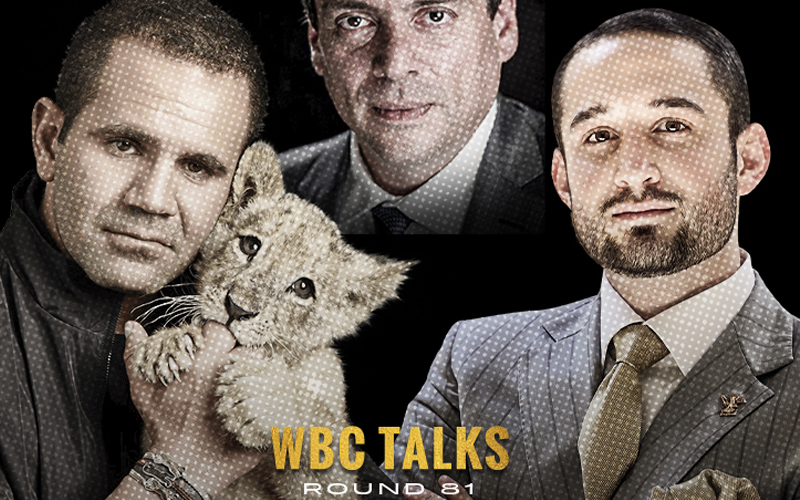 Morning 81 of our already traditional WBC Talks focused upon reversing the effects of animal abuse and preserving life with dignity and respect, something which Black Jaguar White Tiger Foundation has been doing with big cats.

Eduardo Serio, Ambassador of the Black Jaguar White Tiger Foundation, told us about everything that his foundation does and how, for him, respect for animals should be the guiding principle of every human being.

Eduardo commented that his love for animals comes from when he was a child. However, it was in September 2013, when the story of Cielo, a black jaguar cub who had been orphaned, reached his ears. His cousin, an expert in animal care, told him that the cub was going to be transferred to a pet store, where she would be used to promote the entrance to the store and for the public to take photos with her. Determined not to allow “Cielo” to be exploited, Eduardo immediately intervened in the process and adopted her. So she became the first feline of the Black Jaguar White Tiger Foundation.

Little by little, with the help of friends, Eduardo was able to adopt more animals in order to give them a dignified and safe life, saving them from suffering at the hands of irresponsible and unscrupulous people.

Currently the Black Jaguar White Tiger Foundation is the home to more than 150 felines that have been rescued from zoos, circuses and illegal kennels, promoting the philosophy: that we can only possess material objects and not lives. The idea is to raise awareness and change the world to fully respect the nature around us, since animals are unique living beings, with feelings and highly intelligent.

When asked if these animals could be returned to their natural habitat, Eduardo carefully explained that it is almost impossible for them, since most of the rescued animals were born in captivity, some even come from fourth or fifth generations, which prevents them from being released after their rescue as their chances of surviving in the wild are very poor. However, the Foundation is developing a program with which it intends to increase the number of species in the ecosystem and have offspring that can be released.

Another of the objectives of the foundation is to grow enough to give a home to as many animals as possible and of all species since unfortunately, all animals suffer abuse.Más utilizadas

Eduardo says that animals are everything to him and that they are the reason why he is in this world. They are his mission and he hopes to be able to return a little of everything they have instinctively given.