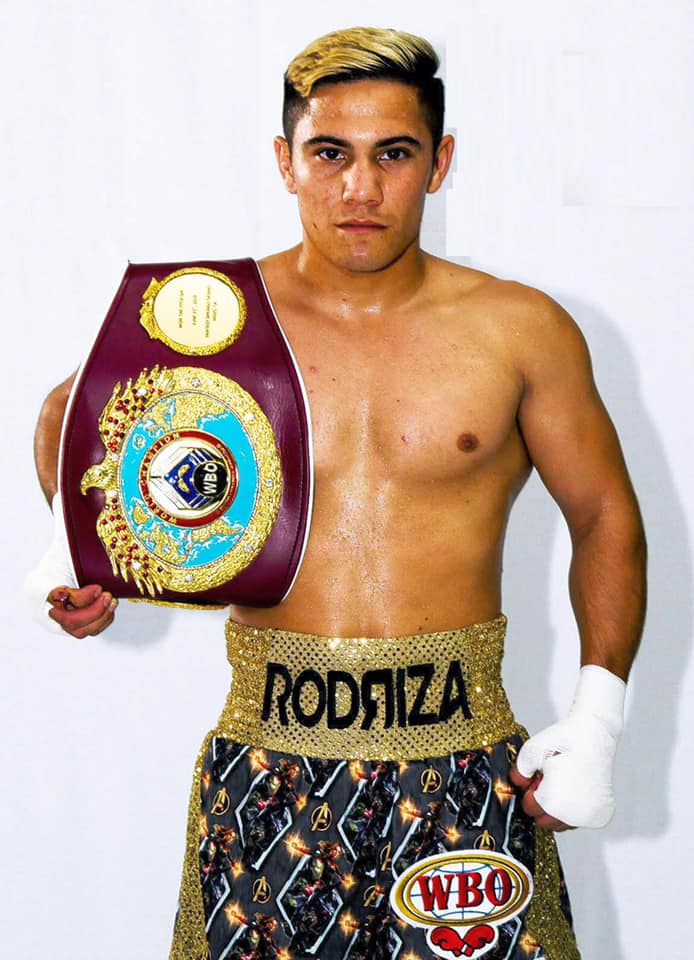 After the spectacular performances, last Friday of Mexican world champions Juan Francisco “El Gallo” Estrada (WBC Super Fly) and Julio César “Rey” Martínez (WBC Fly), now it’s the turn of WBO Light Flyweight monarch Elwin “Pulga” Soto to show that he too is one of the world’s best fighters in the minor divisions.

Soto needs to prove that he is a solid world champion and that the best for him is yet to come.

The show is jointly promoted by Golden Boy and Zanfer live worldwide on DAZN.

Soto, 23, who comes originally from San Felipe, Baja California, became world champion in June 2019, knocking out Puerto Rican Ángel Acosta, who at the time was considered a phenomenon and the next great boxing star.

The Puerto Rican Acosta had a 20-1 record, with all of his victories won by way of knockout.

In their clash, “La Pulga” Soto, who had never fought more than 8 rounds in a contest, battled “Aguacerito” Acosta till round 12, stopping him in a fight in which the Mexican was down in the scorecards.

In his most recent fight on February 15 in Mexicali, Soto ravaged compatriot Javier Rendón, stopping him in less than 3 minutes.

However, a rival of danger awaits for Soto. That rival is Carlos Buitrago

From the 5 defeats in his record, only 2 have been by knockout, while fighting for world championships at the home of his rivals.

Those 2 world title setbacks for Buitrago have been against Japanese Hiroto Kyoguchi in December 2017 in Japan (for the IBF Minimum World Title), and against Puerto Rican Ángel Acosta in June 2018 in Puerto Rico (for the WBO Light Flyweight World Title).

In the same show in Indio, California, another Mexican will be involved in another fight of great importance for the projection of his career: Sonoran Alan Campa (17-5, 11 KO’s) will face Uzbek silver medalist at the Rio 2016 Olympic Games, left-hander Bektemir Melikuziev (5-0, 4 KO’s).

The Campa vs Melikuziev fight is for the vacant WBO Intercontinental Super middleweight championship.