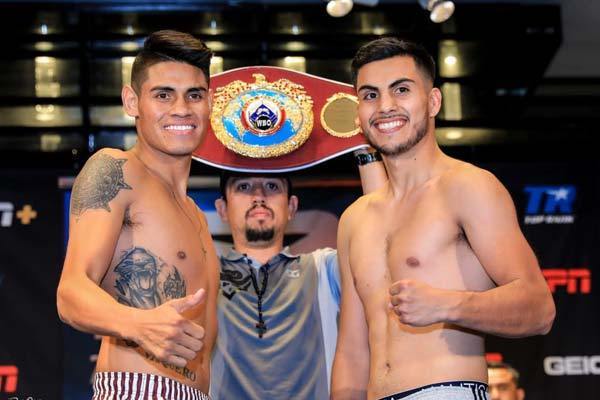 By Miguel Maravilla at ringside

Navarrete came out landing big punches in the opening round snapping de Vaca’s head back a few times. De Vaca answered with some solid counters as the things began to warm up. In round two, Navarrete landed a three punch combination dropping De Vaca. The third round saw Navarrete go for the stoppage as he came out attacking De Vaca and bloodying him. Credit to the challenger as he kept fighting back but the champ’s attack was too much and referee Raul Caiz Sr. stepped in to stop the fight at 1:54.

Afterward, Navarrete stated, “I want to thank my supporters, and second of all, I want to continue the tradition of Mexican boxing in Los Angeles. I want to fill arenas and follow in the footsteps of Mexican legends.”

“I’m talking to {Top Rank} about fighting September 14 on the Tyson Fury card in Las Vegas. I want to thank Bob Arum and Zanfer Promotions for the opportunity…De Vaca showed his fighting heart. He gave 100 percent in the ring tonight.”