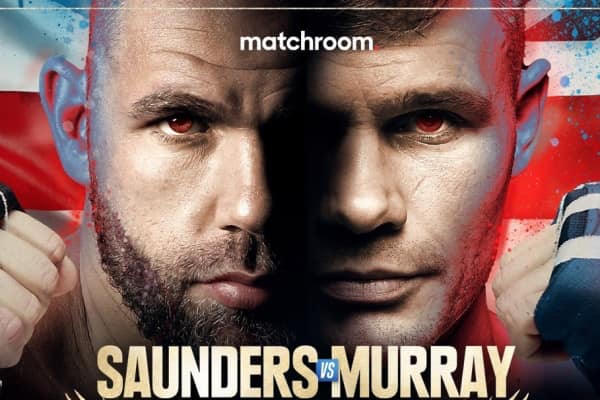 Will Saunders Defeat the Veteran Murray to Retain WBO 168 Belt, then Fight Canelo

Fighting Murray is not the golden mega fight that he has been wanting, but right now it’s the Best his promoter could come up with as it keeps him busy and in the eyes of boxing fans.

In fact, a big rash-taker, which some fans love and some others hate, Billy Joe Saunders (29-0, 14 KO’s) is the super favorite to retain against the experienced warrior-heart Martin Murray, a tough fighter who was nevertheless knocked out by relentless slugger GGG.

In reality, for many fans, the best fighting years in Martin Murray’s career can be seen in the back mirror. But in boxing we never know, right?

That’s why we shall see what happens Friday.

A slick, confusing southpaw, Saunders became a 2-division world champion in May of last year after scoring a win by points over rather unknown Serbian Shefat Isufi to claim the WBO 168-pound belt.

After that, Saunders came close to securing a mega fight with exciting, bankable Mexican 🇲🇽 Canelo Álvarez earlier this year.

Unfortunately, the treacherous and kakainis coronavirus pandemic turned the world of boxing upside down, ruining Saunders chances to rumble Canelo.

However, if Billy Joe Saunders wins impressively over Martin Murray this Friday, the Briton would surely re-ignite interest that fight, getting himself back in the radar for a possible 2021 showdown against the hugely popular 30-year-old Canelo.

But Canelo still needs to win awesomely good against tough undefeated champion 🇬🇧 Callum Smith in their thrilling war set to unfold in San Antonio on Dec 12. It’s a battle that might end by knockout., but who will prevail?

Or will Callum Smith shatter the Mexican’s universe?

Might because DAZN might otherwise want to push for Canelo vs Golovkin IV, which could be more attractive to fans. We shall wait and see who wins their comming fights and how.

Saunders vs Murray for the WBO super middleweight world title is promoted by Eddie Hearn’s Matchroom Boxing live worldwide on DAZN.
Who will emerge victorious?

The author veteran boxing writer Carlos Costa lives in Cebu and can be reached at carlos512@hotmail.com and WhatsApp +639184538152.