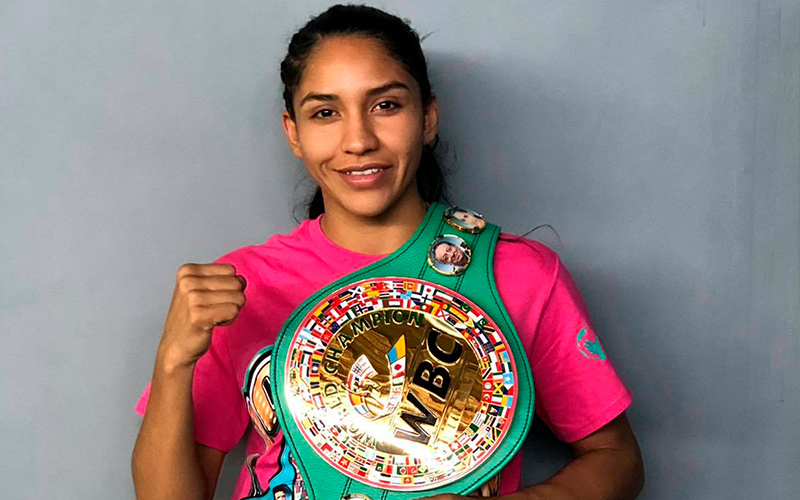 Already with the belt cradled in her arms, Yulihan was emphatic in saying that this is a lifelong dream come true, because since she started in the world of gloves, being part of the finest organization is something she  waited to cherish.

Aware of the responsibilities, now she is a Champion  representative of the WBC, Yulihan is clear that now she must train and fight even harder, knowing that many rivals will come determined to try and to take away her belt.

Regarding a rematch with Mariana, the new champion expressed that she has no problem giving her a rematch; however, she was clear to say that she will decide that along with her team. Her gloves from that monumental fight have been inspected and examined proving she fought a hard and fair fight.  Mariana, who suffered a double fracture of the nose in the very first round of this fight, showed fortitude and great courage in battling on, in spite of the pain of this injury,  brought about by powerful and accurate punches.

In the words of Yulihan, the WBC Belt gives her more empowering strength to want to get better each every day, to prepare better and to grow with  each of her performances, because if she wants something, it is to make history in women’s boxing and leave a great and memorable legacy to new generations.

Visibly happy and warmly clad on a bitterly cold day, Luna has already returned to the gym, so it was clear that she will  be good and ready for her first world title defense during the first quarter of the coming year.