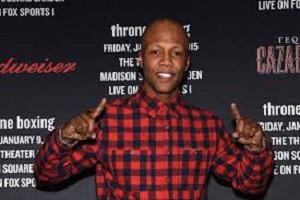 Zab Judah, who was admitted to the hospital following his fight this past Friday with Cletus Seldin, has been released and is headed home.

Star Boxing released a statement this afternoon, saying that while Judah, 41, will need rest, “the prognosis looks promising.”

Judah (44-10, 30 KO) lost via stoppage in the 11th round against Seldin in Verona, New York. Judah hadn’t fought in 17 months, and had only fought two times since 2013 going into the bout with Seldin.

For the sake of his health, this probably should be Judah’s last fight, which also probably goes without saying. The Brooklyn southpaw has given us a lot of big fights and wild nights over his decorated, 23-year pro career, sharing the ring with a ton of big names in that time. He won a total of six world titles at 140 and 147 pounds, and whatever else you might say about Zab’s career, the man was never dull.

We again send our best wishes to Zab and hope for a full and speedy recovery.